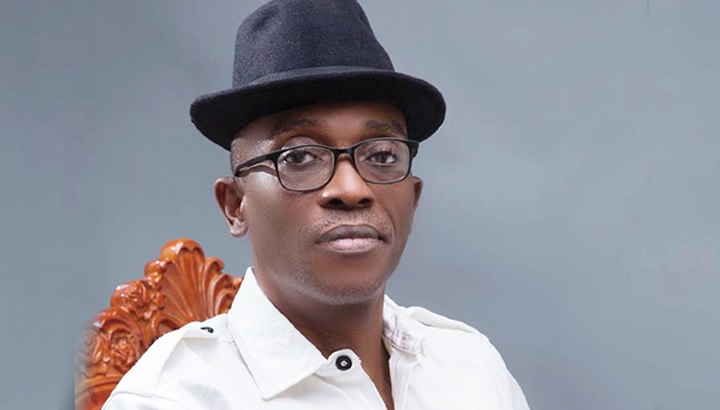 The national chairman of the Labour Party, Mr. Julius Abure, has expressed regrets over intimidations his party has recorded from the All Progressives Congress, APC, government, especially in the grounding of their Obi-dient aircraft yesterday in Lagos.

Abure who spoke to newsmen over the grounding of the aircraft said they won’t allow them use venues and billboards in some states, but promised that his party will surprise their detractors.

According to him, “We have just finished our rally in Ibadan. It is true that the plane meant to convey our National Working Committee and National Executive Council members for campaign was grounded by the ‘powers that be.

’ But we were not deterred by the plane that was grounded.

“This is what we have been saying about this country. It is not the first time it is happening. They have been using every available opportunity to ensure we don’t get to do anything in this country. They won’t allow us to use venues and billboards in some states. But we will surprise them.”

“We made another arrangement to fly to Oyo State. But we had to reduce the number of NEC, speakers and people coming for the rally in Ibadan,” he said.

Barely an hour after Abure’s interview, the Head of the Media Team for Obi-Datti Presidential Campaign Organisation, Diran Onifade, also released a statement to express the campaign team’s displeasure at the turn of event.

Onifade also expressed disappointment that some persons had seized the opportunity to spread rumour that Obi’s plane had crashed.

The statement read, “The Obi-Datti Media Office has expressed surprise at the yet-to-explained grounding of its campaign aircraft. The action led to the inability of Labour Party and campaign officials, who had already gathered at Lagos and Abuja Airports, to attend the Ibadan rally.

“All we know is what the leasing vendor told us to the effect that ‘Federal authorities won’t allow the Obidient Aircraft to file a flight plan, because of ongoing regulatory investigations.’ We are not privy to the specific details or nature of the investigations.

“Mischievous political operatives had cheaply seized the opportunity to spread the unfounded rumours of an air crash which was promptly dispelled. The Ibadan rally was, however, a huge success with Obi making a stop at Iseyin Town before joining a multitude of organic supporters at the Lekan Salami Stadium, Adamasingba, Ibadan.”

While the melodrama was ongoing, Obi was busy addressing a mammoth horde of supporters who trooped out to the Adamasimgba stadium to show solidarity to his movement.

In attendance were Pa Ayo Adebanjo, leader of the Pan Yoruba socio-political organization, Afenifere; Secretary General of the group, Sola Ebiseni and other members.

The endorsement of Obi about a month ago by the embattled leader of Afenifere group has led to a leadership crisis and media spat between him and the Pa Reuben Fasoranti faction.

While paying glowing tributes to the nation’s nationalists, the LP presidential candidate described the late leader of Action Group and first indigenous Premier of Western Nigeria, Chief Obafemi Awolowo, and Chief Ladoke Akintola, who was murdered in the military coup of January 1966, as some of the heroes of Yoruba Land.

Obi said, “Let me start by giving my sincere respect to our late revered father and leader, Obafemi Awolowo. Let me pay my respect to Akintola and all the leaders and heroes of Yoruba Land, especially Pa Ayo Adebanjo.

“What Adebanjo and Afenifere are standing for today is what will make the future of Nigeria. They are standing for equity, justice and fairness. These are what will be the foundation on which we will build a united Nigeria. We will build a new Nigeria where people will be proud to be part of a united Nigeria. We will secure and unite Nigeria. We will ensure that we remove Nigeria from consumption to production economy. When we move this great city of Ibadan from consumption to production, the youth of Nigeria will have jobs. That is because they are very energetic, talented and we ought to provide them a future.

“Above all, we will fight corruption, which is killing the youth of Nigeria. We are not wealth destroyers. We will create wealth for Nigeria. We want people to be proud that they are Nigerians again.”

The former Anambra governor also promised that Nigeria would not be built on tribalism and religion.