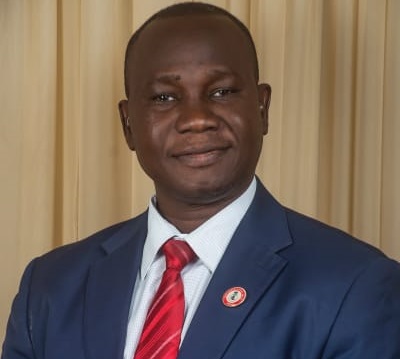 Tensions is at the edge of razor at the Headquarters of the National Drugs and Law Enforcement Agency, NDLEA, as senior officers of the Agency have been linked to illicit drugs transactions running into billions of Naira.

Already mentioned is Sunday Zirangey Drambi, a Deputy Commander General of Narcotics and several others who are said to have been running and working with syndicates.

According to the documents in possession of AljazirahNewspapers  several former officials were sacked by the Agency; some lost their jobs for not cooperating on dirty deals, others for leaking vital information of corruption, and it alleged strong links between some senior officers led by Sunday Zirangey Drambi and drug barons involved in international drug trade.

One of the court cases involved a former operative, Williams Olubukola Olanrewaju, whose last place of posting was Yobe State command.

A 55-page court affidavit deposed at the National Industrial Court of Nigeria in Abuja, is marked NICN/Abj/248/2022 and filed on August 15, 2022 between William Olubukola Olanrewaju Vs The Chairman, NDLEA & 4 Ors, Olanrewaju.

He explained that Sunday Zirangey, Deputy Commander General of Narcotics, headed his unit which compromised war against drug trafficking; adding that Sunday keep collecting bribes on a regular basis.

It was gathered that Sunday Zirangey used his position to enrich himself such that he acquired multi-million naira properties in Abuja, Lagos and Adamawa where he comes from.

Olanrewaju alleged that because he alongside many other officers refused to compromise like Sunday Zirangey, the head of the unit, Zirangey, punished him and hurriedly posted him to Yobe State Command, Damaturu interdiction points, with posting references of NDLEA/FIN/88/VOL. VII/237 and NDLEA/ADM/131/VOL.XIII/450 respectively.

The NDLEA was listed as the first defendant while the National Chairman of the Agency, Buba Marwa, was listed as the second defendant. Zirangey Sunday Drambi, Samuel Okereke Abarogu, Assistant Commander of Narcotic, ACN, and Taupyen Sunday, also ACN, were listed as 3rd, 4th and 5th respondents all of SET/SIU respectively.

The court affidavit explained that while working at the SET/SIU Lekki office at Professor Kiumi Akingbehin Street, Lekki, Lagos, the Claimant had issues with his senior officers over “their corrupt activities ranging from frustrating him from accessing vital information, collecting bribes from suspects, missing files, aiding and abetting, tampering with drugs seized, and seizure of drug from a drug courier and refusing to arrest the person caught with hard drug.”

The claimant accused the officers of using “one Barrister Benson Ndakara to extort arrested targets,” who “is not an employee of the NDLEA.”

Sunday Zirangey is said to visit Lagos regularly where he meets with drug barons and traffickers. His hotel accommodation is paid for by these barons.

He was alleged to have refused wiretapping Lagos Island so as not to expose the dirty deals while collecting monthly “bribes” from them. One of the drug barons (name withheld) was said to have paid him N25 million fee weeks ago.

The Court papers alleged that, “The corrupt officers always instructed the barrister to ensure arrest of the suspects just for extortion and promised them that their cases would be frustrated if they could pay them through the lawyer.

Court affidavit deposed to on oath stated “that on September 24, 2019, he and other officers of the 2 defendants, including,  Stella, Paul, Tapgun, Attah ,  Orji, and George , collected 3 kilogramme of Heroin from one Charles Cole Osiyemi at Farm City Lounge, Lekki, close to SIU office in Lekki.”

He explained that he, alongside “Stella, played the major role in the operation leading to interception of the Heroin from Charles, the drug courier.”

He explained in the court documents that on September 25, 2019, he asked Samuel “what I will put in the investigation report but he told me not to write anything in the report because the 3kg of heroin would be kept for evidence in future arrest.”

He further averred that Sunday Zirangey “was aiding and abetting as he refused to arrest Mr. Charles Cole Osiyemi the target, from whom the 3 kilogramme of heroin was intercepted,” adding that, this was in spite of the fact that he had provided “the details of his whereabouts in his Intelligence Report before the drug interception day.”

Olanrewaju also accused Sunday Zirangey of being responsible for some missing files at the SIU (Sensitive Investigative Unit) of the NDLEA office in Lekki, Lagos State.

He alleged that Sunday Zirangey “used his position as senior officer” to “extort money from suspects on trial in the courts of law. What he always does after extorting money from targets is that he would steal the case file of the targets from the SIU in order to put an end to their prosecution in the court.

“Olusegun Folorunso Ayodele’s case file got missing in order to hinder the prosecution of another drug trafficker by name, Uba Harris Etochukwu Alaekwe. Owing to the missing case file, one Irene Ehizibolo member of the SIU fled without trace till date,” court processes showed.

He claimed in the court documents that Sunday Zirangey and his accomplices stopped him from investigating “one Mr. Tajudeen of Holland (residing in Mozambique as of 2019 and who also has a residence in Lekki, Lagos State.”

He prayed the court to declare as illegal his orderly room trial, that he is still validly in the service of NDLEA, a perpetual injunction restraining the NDLEA and it’s officers from further subjecting him to inhuman and degrading treatment as well as restoration of his monthly salary of eighty-two thousand naira (N82,000.00k) and the sum of thirty million naira (N30,000,000.00k) being compensation for violating his right to personal liberty as guaranteed by section 34 of Nigerian Constitution and Article 5 of the African Charter on Human and Peoples Rights (Ratification and Enforcement) Act Chapter AB (Chapter 10 LFN 1990) and Article 5 of the Universal Declaration of Human Rights 1948.

The affidavit further read that, “They saw him as a threat to their corrupt activities and so planned to get him out of the Unit, which they eventually did.

But the Director of Media and Advocacy of the Agency, Femi Babafemi defended the agency saying Olanrewaju was “communicating with drug barons.”