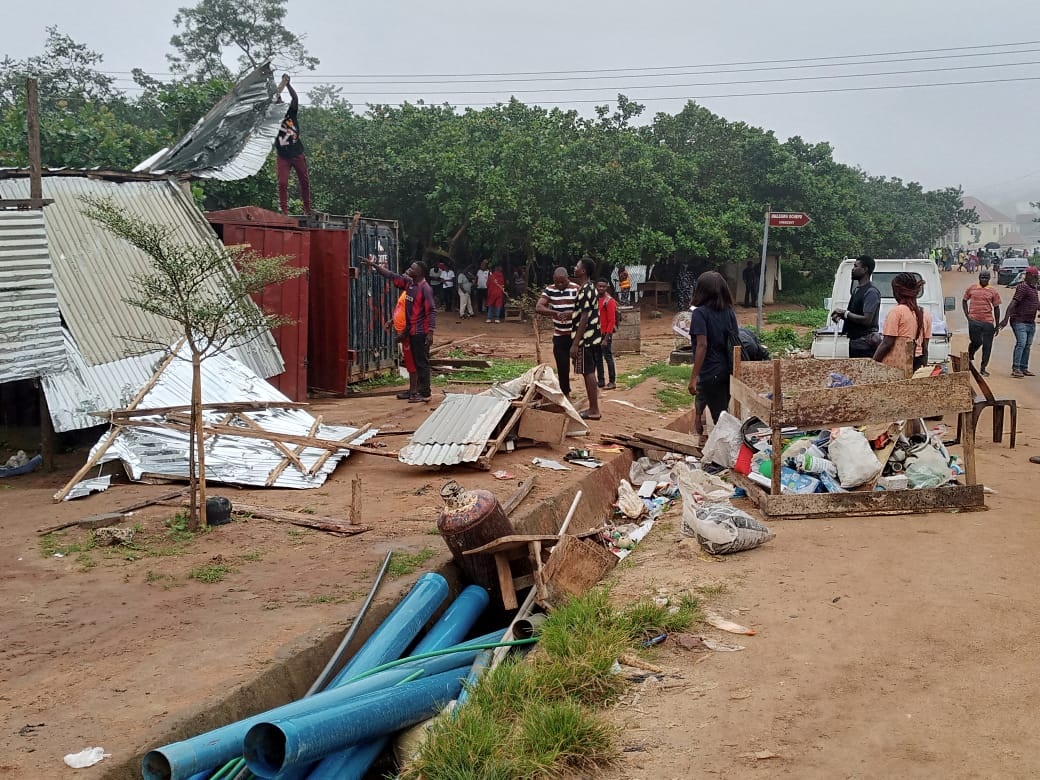 The FCTA city management officials, accompanied by security personnel stormed the area with bulldozers for the operation.

The affected structures built on road corridors and cashew plantations near Urban Shelter and Angwan Tiv were marked for demolition since 2021.

Addressing newsmen at the scene of the demolition, the Director of the department, Alhaji Murktar Galadima, explained that the operation that targeted shanties and other structures constituting infractions in the city followed due process.

Galadima described as ”greatly disturbing and major infractions”, the conversion of cashew plantations into trading and residences, as they served as safe heavens for criminals. ” As part of our process for demolition, we have to issue notices, which could be by way of marking and written notices.

“So, we are on our weekly clean up exercise to clear shanties and other illegal structures in the city.

“The cashew planation in Apo resettlement is overtaken by activities of some persons offering catering services.

”But from credible intelligence, what was happening was beyond eatery, as after sometimes it goes into criminality,”he said.

According to him,  ”the general warning is that we will go about removing the cashew plantations, because they are now giving those into criminality a safe heaven  to operate.”

The director said that the department had concluded arrangements to start removing the cashew plantations in the area and other places.

” We are having new strategies now to make sure that any person trying to go contrary to our regulations will be prosecuted accordingly.

”This is unlike before that we will just demolish and go.

“Residents should see us as partners, so they should always notice and report some of these infractions to us, to enable us act swiftly.

”This will also help to save the city from security challenges, ”he said