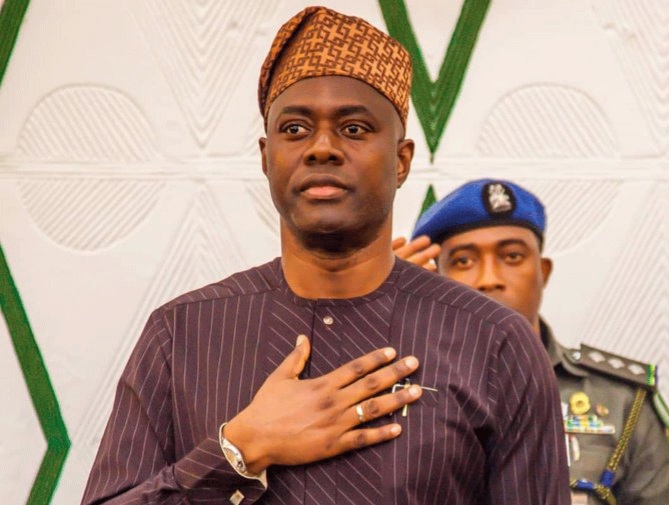 Gov. Seyi Makinde of Oyo State has said that the welfare of workers and pensioners will remain germane to his administration.

Makinde said this on Tuesday, while speaking at the 2021 Public Service Forum, held in Ibadan.

The News Agency of Nigeria (NAN) reports that the Head of Service, Alhaja Ololade Agboola, represented the governor at the forum.

The governor said that the transformation of any society or system depends on the effectiveness and efficiency of its civil/public service who were the agents of development.

He disclosed that there was an ongoing recruitment for officers to fill the vacant positions of Permanent Secretaries, Executive Secretaries and General Managers in the civil/public service of the state.

The governor stressed that his administration from inception had been prioritising the welfare of the workers.

He noted that workers’ salaries and pensions were paid on or before the 25th of every month.

“Also, various projects embarked upon by my administration are not stopped, despite the economic situation of Nigeria.

“Recently, we inaugurated the construction of the Iseyin campus of the Ladoke Akintola University of Technology (LAUTECH), with the release of a sum of five million Naira, as a take-off grant.

“We have also approved the construction of 76.7 kilometres Iseyin-Ogbomoso road for a sum of N43.1billion.

“This will aid the movement of staff and students between the two campuses of the LAUTECH.

“In addition, our administration since inception has made education a priority, as the sector has taken the highest share of the budget for the third consecutive year.

The governor promised that his administration would continue to judiciously utilise the resources of the state for the good of its people.

Earlier, the Head of Service, Alhaja Ololade Agboola, said that the forum was organised to contribute to the development of institution, human and technological capacities of public sector.

She said this would make civil/public servants to efficiently deliver public goods and services to the entire citizenry.

According to her, the best practice in the civil service today is tending toward professionalism where all officers are expected to improve themselves through acquisition of relevant additional academic and professional qualifications.

“They must also be abreast of and acquainting themselves with contemporary issues,” Agboola said.

The Head of Service appreciated Gov. Makinde for his commitment towards improving the living standard of workers and pensioners in the state.

She urged the civil servants to reciprocate the gesture and put in their best always.

The guest speaker, Mrs Joan Ayo, a retired Federal Permanent Secretary, said that no nation can develop beyond the capacity of its public service.

She said that the state’s civil service would be able to lift the state from poverty to prosperity when such values were imbibed by its workforce.(NAN)