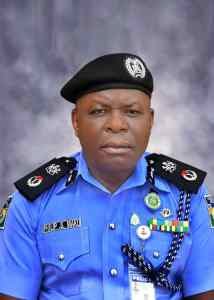 The man, Ndukwe Okoroafor, 55,  and his wife Paulina Ndukwe, 49, were murdered when the warlords invaded Erei Palm Plantation located at the boundary between Ekoli Edda in Ebonyi and Biase local government area of Cross River state.

The corpses of the deceased were taken away by the warlords while five other persons from the area:  Esther Ikwuo,  Elizabeth Ikwuo,  Chinecherem Nnachi,  Ogbonna Aku and Sunday Ogbuu Ama were abducted by the warlords.

Recall the the people of Ekoli Edda in Ebonyi and Biase in Cross River States have been at war over a palm plantation  located at their mutual boundary.

The dispute has intermittently resulted to fatal clashes involving loss of lives and properties between the two interstate communities.

Confirming the incident to newsmen in Abakaliki, the Ebonyi State capital on Thursday, the Police Public Relations Officer in the State, DSP Loveth Odah, explained that the Police has commenced indepth investigations into the matter.

She however said that preliminary investigation revealed that the attack was  as result of resurgence of the longstanding communal feud between the people of the two local government areas.

“Following the report, the DPO quickly contacted the youth leader of Ekoli Edda who also informed him that an eye witness to the alleged attack One Kalu Ndukwe narrowly escaped with bullet wounds but saw his father, One Ndukwe Okoroafor ‘m’ aged about 55yrs and his mother one Paulina Ndukwe ‘f’ aged about 49yrs being slaughtered by the attackers.

“That the gunmen also abducted five (5) others who  includes; One Esther Ikwo ‘f’,  One Elizabeth Ikwo ‘f’, One Chinechere Nnachi ‘f’ One Ogbonna Aku ‘f’ and  One Sunday Ogbuu Ama ‘m’.

“The victims were said to have been taken to unknown destination together with the corpse of Mr. and Mrs. Ndukwe Okoroafor.”

The Commissioner of Police, Ebonyi State, Phillip Maku, while condemning the act, described it as barbaric.

He informed that the command had dispatched a combined team of Policemen and soldiers to the Area with a view to rescueing the abducted persons unhurt as well as arresting  the perpetrators of the heinous crime.

Meanwhile, the CP has enjoined residents of the Area especially the youths, to maintain peace, avoid taking law into their hands or acting in ways that could jeopardize investigation into the matter.

He has also made it clear that the Command under his watch will leave no stone unturned in bring the culprits of the heinous crime to book.

He further warned that all criminal activities in the State would be matched with the required inhibitive force to ensure that the people live in a peaceful and serene environment.