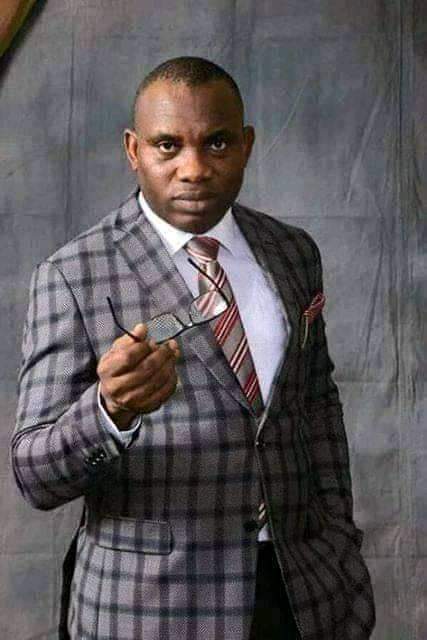 Governor David Umahi of Ebonyi State has admonished his subordinates and supporters to desist from writing and publishing injurious articles against the person of his former Secretary to State Government, Prof.

Odo has recently acquired notoriety in writing critical public letters  against some of the policies and actions of Governor Umahi and his administration.

The former SSG who voluntarily resigned his appointment with the administration few years back, had recently taken to Social media attacking Governor Umahi’s fiscal policies, alleging that his administration impoverished the citizens more, rather than boost their welfare.

Some of Umahi’s aides had swiftly launched counter-attacks against Odo both on social media and other channels describing him variously as an enemy of the State, a man nursing hurts and a vicious attention seeker.

Recall that as the then SSG, Odo was the Chairman of the CBN Commercial Agricultural Credit disbursement scheme in the State for which a judicial commission of Inquiry was inaugurated to investigate.

Some people had raised concerns that the Inquiry may have been  set by the Governor in order indict the former SSG.

Meanwhile, in a fall-out from the inauguration of a judicial Commission of Inquiry on the management and distribution of the loan at the government house,  Abakaliki, on Thursday, Umahi cautioned his aides not to attack Odo on his behalf.

Describing Odo as his friend and brother, he emphasized that there was no disagreement between them, while refuting the rumours that the Commission of Inquiry was intended at indicting the former SSG.

He warned his aides and supporters to stop castigating Odo and indeed anybody at all for his sake, stressing that God should be allowed to judge.

He described as terrible act for anyone to petition his brother to the anti-graft agencies, and maintained that he was not brought up to witch-hunt others.

Umahi said: “I was brought up not to witch-hunt or write petition against anybody.

“I frown so much when some people write petition against their brother to EFCC, ICPC, and it is a very terrible thing to do.

“And let me make it very clear that those who are fighting anybody should not fight in my name.

“If anybody abuses me, leave it for God; if anybody darkens counsel without knowledge, put the facts politely, and leave it there.

“Increase the work of our God, let Him judge all things.

“But do not pay evil for evil; do not write against anybody.

“I am not in any quarrel with my junior brother, Odo.

“He remains my brother and my friend.
“If anybody is castigating him, please, please desist, and do not write anything negatively against him on my behalf.

“Put the facts straight and leave it there.
“In fact this is for all Ebonyians and to live a good life,  all Nigerians.”

Umahi who siezed the ocasion to confirm that the State government would adopt the Community policing protocol of the Inspector General of Police, Mohammed Adamu, in reconstituting her Neighbourhood Watch which has been scheduled for dissolution on June 1, 2020.

Re-confirming that the Southeast Governors had reached agreement on the programme with the Inspector General, he explained that the protocol entailed that traditional rulers and community leaders were to jointly select the personnel for the community policing initiative in the various communities.

He explained “We discussed with IG and we agreed that every community is going to produce 50 people for community policing.
“So we have to adopt that protocol in selecting the new Neighbourhood Watch.

“And the protocol is that the Traditional rulers and the Town Union Presidents and other leaders will meet and select this 50 people.

“These people will be turned to the Police for training, and we want this to start immediately.

“I want the Commissioner for Internal Security and Border Peace to be briefing us daily on the progress of the process.”

Meanwhile Governor Umahi at the event announced the renaming of the Abakaliki Centenary City as Ocho-udo Centenary city in honour of his predecessor, Chief Martin Elechi.

These honours were further confirmed by the State Commissioner for Information and Orientation, Bar. Uchenna Orji during a joint briefing at the end of Thursday Executive Council meeting.

Orji however added that another ongoing flyover located at the Nkalagu junction, Ishielu local government area, has also been named after the Nnewi, Anambra-born business mogul, Cletus Ibeto.

According to Orji, Ibeto was so honoured by the Council for his contributions in the development of Ebonyi State.