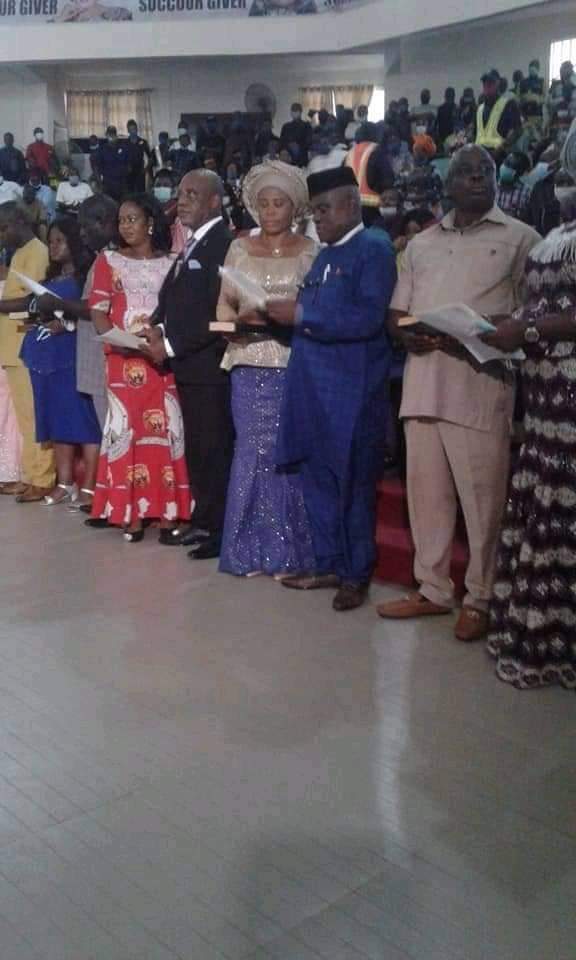 Ebonyi State government has inaugurated Caretaker Chairman for the 13 local government areas of the State.

The inauguration followed the expiration of the the tenures of office of the elected chairmen who came on board in 2017.

Addressing the appointees during the event held at the International Conference Centre, Abakaliki, on Friday, Governor Umahi reminded them to fill their Code of Conduct’s Declaration of Assets form as required by law, to avoid prosecution.

He charged them to be diligent in service to the people, even as they help the State fight the ravaging COVID-19 pandemic, develope agriculture, solid minerals and other non-oil revenue sources.

He further urged them to display the greatest level of integrity and accountability for which Ebonyians were known, adding that God has put them in office at this challenging time to help the people.

Umahi admonished: “Remember that governance is no longer as it used to be. You have to be very careful.

“You have to remember to, within the next one month,  fill your Code of Conduct forms,  and when you are leaving the office you have to also fill it.

“Your enemies will not be my enemies, which means you have to make friends.

“Your are coming into office to meet challenges, where people expect you to do magic.

“I charge you with three things : to fear God; to love the people,  and to work for the people. “

Earlier the Attorney General and Commissioner for Justice in the State, Cletus Ofoke had explained that the Governor’s appointment of these caretaker chairmen was in tandem with the laws of the State, and commended him for not allowing any vacuum in grassroots administration.

Also sworn-in at the event was the immediate past ALGON chairman and Chairman of Ohaozara LGA, Nkechinyere Iyioku, who was appointed secretary to the State Universal Basic Education Board.

Others in the category were: Chinyere Nwogbaga appointed as member Ebonyi State House of Assembly Service Commission;  Paul Nwogha, member 3 of UBEB and Ken Eze appointed as Coordinator, Ezza South-East Development Centre. Recall that Nwogha and Nwogbaga were the immediate past chairmen of Izzi and Ebonyi Local government areas of the State.

In their acceptance speeches, Stephen Orogwu, Amuche Otunta and Nkechinyere Iyioku, on behalf of other appointees thanked the Governor for the privilege given them to serve.

They assured the Governor of their undiluted commitment to serving the people and solidly supporting his laudable programmes.

“We will serve our people selflessly, and I promise you will never find us wanting” Otunta summed.