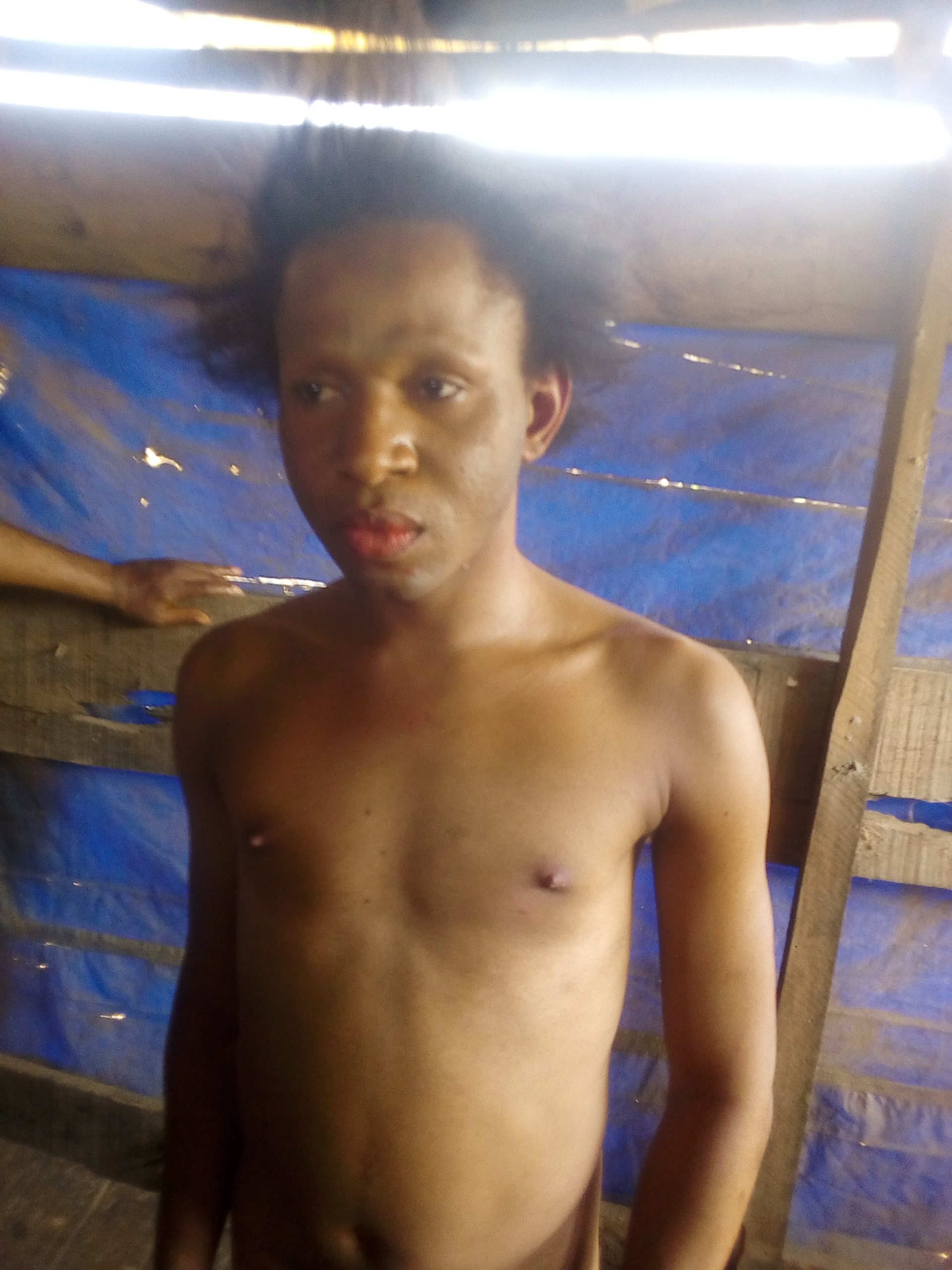 A young man who identified himself as John, parading as a lady has on Saturday, May 23, escaped being lynched by some angry youths at Pigba Sama, around Apo Mechanic Village, Abuja.

Some of the aggrieved young men said they were defrauded by the supposed lady and so needed their own ‘pound of flesh’.
Speaking with NATIONSPRIDE, the man who claimed to be citizen of Cross River State confessed that he is homosexual under the pretence of being lady.

John said he came around to offer his services to a client who stays at a neighbouring Chafuyi village before he ran out of luck.

It took the intervention of some sympathizers to save the young man from the youths and to invite policemen who came and whisked him away from the scene after he had received some punches.

The angry youth undressed the suspected homosexual and he was discovered to have sexual male organ instead of that of female as he had pretended to be.

According to another source, the suspect lives in the same Pigba Sama community and has been extorting money from interested young men, but he would always insist on ‘giving them through the back’.

They said they have been buying food for John thinking he was a lady, but he has been turning them down each time they demanded for love-making.

It was found out that John inserted balloons inside breezier to give it the shape of a woman’s breast. He painted his lips and with other lady’s costumes.

Some of her victims narrated their ordeal in the hand of John.

The matter was later reported to the Village Head of Pigba Sama, Chief James Zakwoyi Dogo who went his men to go and fetch John, but the policemen had arrived the scene.