Ebonyi bans all night activities to avert spread of coronavirus 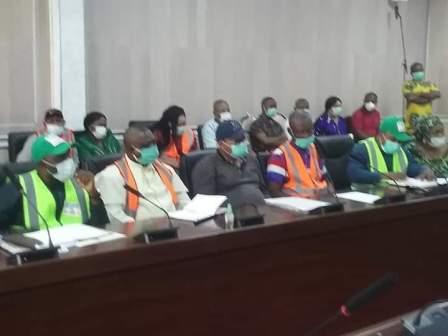 In furtherance to its determination to keep the State free of COVID-19, the Ebonyi State government has placed a dusk to dawn curfew in the State beginning from Saturday, April 18, 2020.

He maintained that following the leakages witnessed at the borders, the government has decided to adopt the measure to strengthen the partial lockdown of the State and completely prohibit night activities and movements.

Only Health, Security and other essential services workers who must possess certified identifications and valid pass would to be exempted.

He directed that the border blockades be boosted to seven at different locations within each border area to be manned by the Army, the Police, State Neighborhood Watch, a detachment of Christian Association of Nigeria members, respectively, among others.

According to the Governor, arrangements were ongoing to install Closed Circuit Television (CCTV) at the State borders to transmit firsthand information to the State COVID-19 committee for necessary action.

Governor Umahi also noted that the State would be embarking on aggressive COVID-19 testing of at least 10 persons per ward, targeting about 2,000 persons in the 171 political wards in the e State.

Meanwhile, the Governor who revealed that palliatives procurement and production were still ongoing, emphasized that they would not be distributed at the moment because the State was not totally locked down.

He however explained that collection of names for the federal government cash transfer was ongoing.

He charged the Local government chairmen, Coordinators of Development Centres, Traditional rulers and all other political office holders to enforce the curfew in the various domains, warning that they would pay for any leakages in their area.

“Any political appointee unwilling to bear the burden of the State should resign.”