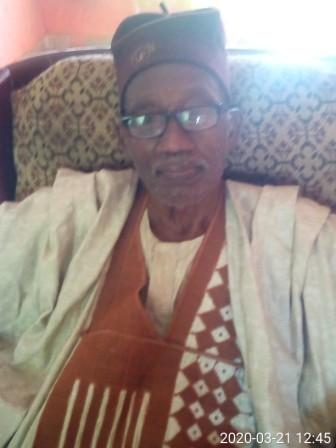 The traditional ruler of Kube community of Panda development area, Karu local government area of Nasarawa State has blamed the world’s woes on the inability of Christians to act as ‘light and salt’ of the world by living exemplary life as instructed by Jesus Christ in the book of Matthew chapter 5, to make the society a better place to live and enjoy life.

This charge was given at the weekend during the three-day revival programme tagged ‘Koro Revival Conference 2020’ held at the Baptist Church Kube, organized by the Kube Chiefdom in collaboration with Peace House Revival Ministry Gboko, Benue State.

The paramount ruler in his speech stated that their decision to organized the said conference was moved by such meeting which he attended at Gboko last December organized by the Bethany Resort Peace House.

He commended the efforts of Reverend Ken Madaki and his men who brought the programme to Kube  Chiefdom adding that while at Gboko, he was highly inspired when presentations were made on being ‘salt and light’ of the world.

“The world is decaying today, because of Christians’ failure to salt and light the society as instructed by our lord Jesus Christ in Matthew chapter 5, and the world will continue to experience various ills until Christians rise to occasion”, he said

The second class paramount ruler continued,” In the light of this, the workshop was designed for all churches, communities leaders to attend in order to be educated on the reality of biblical concept and its applications so as to understand and uphold the proper and essential cultural heritage visa-vis the religious implication on how the Christians attributes can be demonstrated, to be easily identified by their fruits and respect all constituted authorities”.

Jatau called on the participants to be good citizens of Nigeria and continue to discharge their civic obligations as at and when due as enshrined in the Roman 12.

He thanked the resource persons who came within and outside the state with special emphasis to Reverend Joshua Musa of the Peace House Revival Labour Akwanga, Reverend Ken Madaki – a federal commissioner with Code of Conducts Tribunal Abuja and many others.