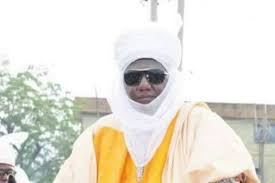 The investments made by the Keffi Local Government Chairman of Nasarawa State Alhaji Abdulrahman Sani Maigoro in sponsoring primary and secondary pupils students in the area has started yielding significant results as the beneficiaries have advanced in their educational pursuit at various levels.

Speaking with the newsmen in Keffi about the efforts of his council so far in the areas of education, the chairman expressed the delight that the sponsorship granted by his administration has enable most of the students to find their ways into many institutions of higher learning both within and outside the state especially Nasarawa State University Keffi, Federal University Lafia, Nasarawa State College of Education Akwanga, Nasarawa State School of Health and Technology among others.

Maigoro further disclosed that the gesture has also enabled more especially the indigent pupils and students to have their NECO, WAEC, and even JAMB examinations fees paid adding that those at the primary school level were also provided with books, uniforms and other supports as a means of encouragement them.

The chairman who observed that such efforts have contributed immensely in raising the enrolment level of both the primary school pupils and the secondary school students, re-treated his determinations to continue to support the development of education in the  area being the most important legacy or asset that should be bequeathed to the present and upcoming generations.

He stated that apart from the efforts to improve the standard of infrastructure in the primary schools across the areas, efforts area also been made to enhance or strengthen  the capacity of the teachers through their training re-training as well as the engagement of more qualified hands to teach.

The chairman then solicited for the continued support and co-operation from the people of the area to enable his administration succeeds in the provision of more dividends of democracy to them.

Meanwhile, the chairman has commenced Governor Abdullahi A. Sule of the state for allocating a significant percentage of the state’s resources to the education sector in accordance with the United Nation’s education science and cultural organization’s (UNESCO) standards or demands.

He believed that such efforts would go a long way in securing the future of the state especially that education is one of the major catalysts for any meaningful developments of the society.