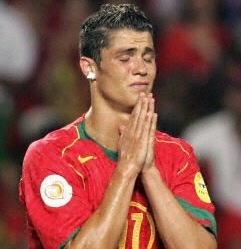 Cristiano Ronaldo is remaining in quarantine in his Madeira home after Juventus team-mate Daniele Rugani tested positive for coronavirus. The Portuguese star flew to his homeland to visit his mother, who recently suffered a stroke, before the news broke and must stay back rather than fly back to northern Italy where the outbreak is at its most rampant.

Ronaldo and Rugani shared a dressing room on Sunday when Juventus beat Inter Milan 2-0 behind closed doors. A picture posted on Instagram by Miralem Pjanic after the game shows Ronaldo and Rugani celebrating the victory in a close huddle with their team-mates.

Everyone who came into contact with Rugani on both sides has now required to be in isolation. All sporting events in Italy have been cancelled until at least April 3 but Juventus are scheduled to face Lyon in the Champions League next Tuesday.

Rugani is the second professional footballer to test positive, with Hannover 96 defender Timo Hubers currently in quarantine. Rugani is ‘fine’ Rugani took to Twitter and wrote: “You will have read the news and that’s why I want to reassure all those who are worrying about me, I’m fine.

“I urge everyone to respect the rules, because this virus makes no distinctions! Let’s do it for ourselves, for our loved ones and for those around us.”

Italy is by far the worst affected European nation where more than 800 people have died of the illness.

Italian Prime Minister Giuseppe Conte said supermarkets and pharmacies will be the only retailers to remain open in Italy. Conte has allowed public services such as transport and industrial production to remain as long as there are adequate safety measures in place to stop the virus spreading.

Sport is another sphere of public life that has ground to a halt. The Italian football federation said after a meeting on Tuesday that the Serie A season may not finish because of the outbreak.