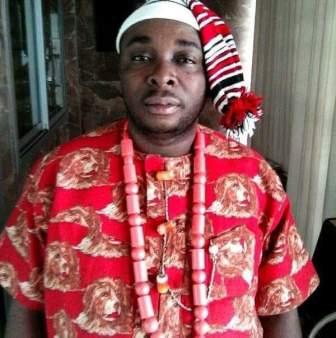 The Ohaneze Ndigbo Youth Council worldwide, said it has initiated moves to revamp the old farm settlements built by the late premier of the old Eastern Region, Dr Michael Okpara.

The acclaimed youth wing of the apex Igbo socio-political organisations, also said it had initiated talks with an Israeli Agricultural giant through an Abia State born agric expert and consultant to establish a new mechanized modern new farm settlement in the zone.

The disclosure was contained in a press release issued to journalists in Abakaliki on Friday by the president-general of the group, Mr Okechukwu Isiguzoro.

Isiguzoro noted that the proposed regional farm settlement with dairy farms, in line with the National Livestock Transformation programme of the federal government, would create about 500,000 jobs for the igbo Youths across the  95 Local government areas making up the Southeast.

The release further disclosed that the OYC, through her Partners had secured approval from President Muhammadu Buhari in the recent past on the matter, but would l engage South East Governors on the establishment of Regional Mechanized Farm Settlements,which will be a Private – public business Venture, with expectations of a Green House and a dairy farm capable of producing 1.5million litres of Israeli cow milk annually.

The group also solicited both the support of President Muhammadu Buhari and the South East Governors in the vision which according to them  would not only make Southeast self-sufficient and guarantee food security in the country, but  end kidnapping, Yahoo business, quick wealth syndrome and other social vices associated with them.

“OYC  insists that the southeast regional mechanized farm settlements, will not only make Southeast self sufficient and guarantee food Security, but will end kidnapping, Yahoo business, quick wealth syndrome and other social vices.

“The Diary Section of the proposed farm settlement,  will end the nefarious activities of Fulani herdsmen which uses cattle conveyance by foot to wreak havoc on our farms and encourage home-grown species of Igbo cattle for our patronage.”

The OYC in the statement,  however, lauded  Governors David Umahi and Okezie Ikpeazu for their Agricultural Models in Ebonyi and Abia States respectively.

According to him, the Abakiliki Rice, has continued to retain its popularity as a household name in the Country especially with the recent closure of Land Borders in Nigeria.

The statement added: “The government trained about 4000 Youths in various Agricultural skills in partnership with National Root Crop Research Institute, Umudike,  Abia  State and the Federal Ministry of Agriculture.

“The Government Also approved to pay the Counterpart Funding of N50 million which was passed into law by Abia State House of Assembly to Bank  of Agriculture for the assessment of soft loans of N250,000 capital investment for each Youth who participated in the training.

“OYC  had Confirmed that about 4000 Youths will benefit from the Agricultural soft loan from Bank of Agriculture.

“We expect that  these 4000 Youths will employ 10 Youths each which will create additional 40, 000 jobs and  we Urge the Government to do the needful ahead of April 2020 farming season.