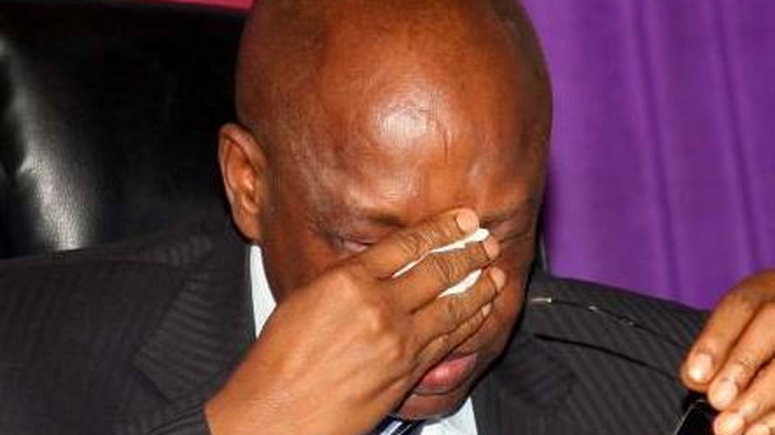 The Economic and Financial Crimes Commission, EFCC, on Thursday, February 27, 2020 kicked against move by Prof Maurice Iwu, former chairman of the Independent National Electoral Commission, INEC, to transfer a fraud case involving him to Abuja.

EFCC made this stand known in a press release by Tony Orilade, Acting Head, Media & Publicity of the Commission, on February 27, 2020

The EFCC is prosecuting Iwu on a four-count charge, bordering on money laundering to the tune of N1,203,000,000.00, before Justice Oweibo of the Federal High Court, Lagos. He is alleged to have concealed the sum between December 2014 and March 27, 2015 in an account, belonging to Bioresources Institute of Nigeria Limited, domiciled in the United Bank for Africa, UBA, with account number: 1018603119.

Iwu was arraigned on Thursday, August 9, 2019 by the EFCC and one of the charges against him reads: “That you, Prof Maurice Mmaduakolam Iwu, between December 2014 and March 27, 2015, in Nigeria, within the jurisdiction of this honourable court, aided the concealment of the total sum of N1, 203,00,000.00 in Bioresources Institute of Nigeria, BION, Limited’s Account No. 1018603119 domiciled in the United Bank for Africa Plc, which sum you reasonably ought to have known forms part of proceeds of unlawful act to wit: fraud and you thereby committed an offence contrary to Sections 18(a), 15(2) (a) of the Money Laundering Prohibition Act, 2011 as amended and punishable under Section 15 (3) of the same Act.”

He pleaded not guilty to all the charges.

At the resumed hearing today, Iwu’s lawyer, Ahmed Raji SAN, told the court that his client, whom he said is 70-years-old, was too old to be coming from Abuja to Lagos to stand trial at the Federal High Court, Ikoyi, Lagos and urged that the trial be moved Abuja, where the defendant lives.

The defence counsel further argued that the alleged offence, for which his client is being prosecuted, took place in Abuja.

“My Lord, this defendant is over 70 years of age and he always travels down to Lagos and books a hotel whenever this matter comes up. It will amount to great agony for him to continue with this trial in Lagos,” Raji told the court.

However, the prosecution counsel, Rotimi Oyedepo, in his response, urged the court to discountenance the application of the defence, noting that the alleged fraud was investigated in Lagos and that the witnesses to be called live in Lagos and Ibadan.

Oyedepo, while citing Section 98 of the Administration of Criminal Justice Act, also submitted that only the Chief Judge of the Federal High Court, had the power to direct the transfer of the case to Abuja.

Justice Oweibo adjourned the matter until March 6, 2020 for continuation of trial.