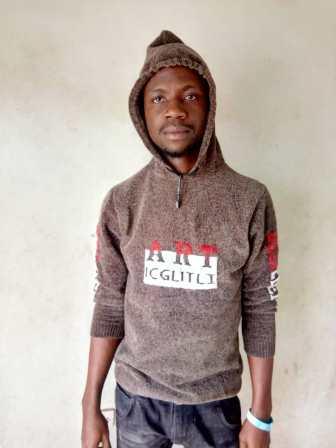 According to a press release by Acting Head, Media & Publicity of EFCC, Tony Orilade on Thursday, February 27, 2020, the defendants, namely: Olopade Oladimeji Solomon,  Atanda Femi Benjamin and Atoyebi Samson are being prosecuted on separate charges.

The charge against Atanda reads: “That you, Atanda Femi Benjamin ( alias Federer Abril), sometime in December,  2018, at Ilorin, within the judicial division of the Kwara State High Court, did attempt to cheat by impersonation, when you pretended to be one Federer Abril to a white Caucasin vide Gmail account: federerabril111@gamil.com and in that guise communicated with one Linda Richardson vide hangout with Linda Richardson, a representation you knew to be false and thereby committed an offence contrary to Section 95 of the Penal Code and punishable Section 324 of the same Penal Code.”

The charge against Atoyebi reads: “That you, Atoyebi Samson (a.k.a William Grover), sometime in July, 2019, in Ilorin within the jurisdiction of this honourable court did cheat by impersonation when you pretended to be one William Grover a white female with Gmail account willamgrover017@gmail.com, and fraudulently deceived Charles Wood an American citizen, to send $500.00 (Two Hundred Dollar) worth of gift card after you made him believe you were a girl in love with him and you thereby committed an offence contrary to Section 321 of the Penal Code and punishable under Section 324 of the same Penal Code”

They all pleaded guilty to the charges, following which prosecuting counsels, Sesan Ola and Andrew Akoja urged the court to convict them according.

Justice Akinpelu fixed March 17, 2020 for judgement and ordered that the defendants be remanded in the custody of the EFCC.