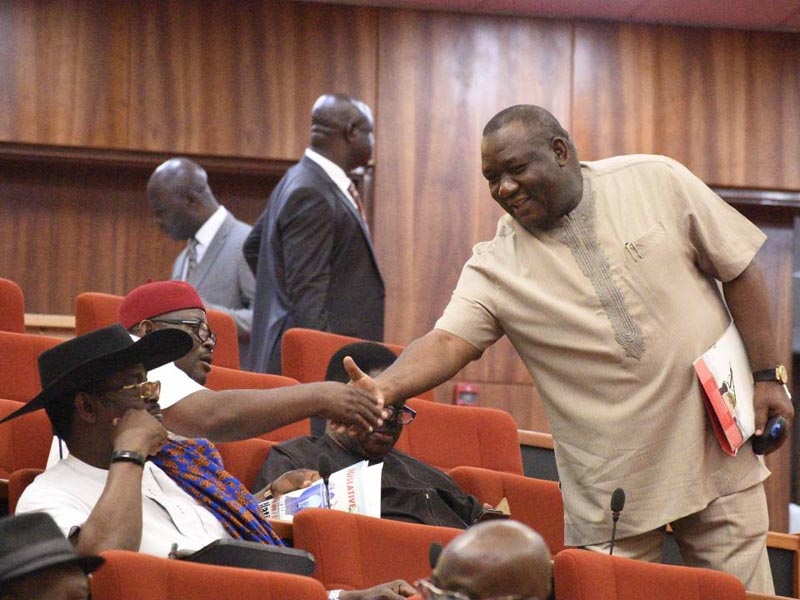 The Nigerian Senate is currently holding a validity session on Wednesday, February 12, 2020, in honour of their late colleague, Senator Benjamin Uwajumogu who represented Imo North in the upper chambers of the National Assembly.

Members of the Uwajumogu’s family came into the senate chamber accompanying the casket bearing the body of the late senator.

The session is still on-going at the time of filing this report.

Mr Uwajumogu was a member of the ruling All Progressives Congress. He was initially treated in the United Arab Emirates for his protracted illness, but recently returned to Abuja after showing signs of recovery, according to a source familiar with his situation, and died on December 18, 2019 at the age of 51.