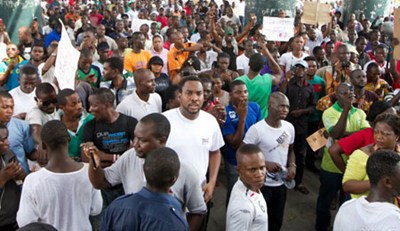 The Paramount ruler of Kube Chiefdom in Panda Development Area of Nasarawa State His Royal Highness Hon. Christopher Jatau has urged youths from his domain and the nation at large to engage on sporting activities in order disassociate themselves from idleness, which eventually leads to criminality.

Speaking at the final of an annual football match between Panda United and kube United, which attracted important personalities at Panda mini stadium, recently,  HRH Jatau stated that the football competition was also meant to pave the ways for talent-hunt in such a way that opportunities would be created for the youths particularly with talents to prosper.

He expressed the delight that the competition has recorded a huge especially that it has ended peacefully and in the best spirit of sportsmanship.

He stated that he was also a footballer during his youthful days as such he will always contribute his quota in the said aspect if the need arises.

The second class Paramount ruler reiterated his determinations to continue to key into development of youths friendly programmes in order to secure their future and put them on the right track of achieving their potentials especially now that the government alone cannot provide job opportunities for all. He called on all well-meaning citizens should contribute in that regard.

While congratulating the winners Kube United who defeated their said opponent by 2 goals to 0, the Paramount ruler tasked them to continue to do their best especially that the competition is an annual event.

Meanwhile, the two goals were scored by Musa Kube at the second half of the game.

Highlights of the occasion included the presentation of prizes to the winners and other outstanding players among others.