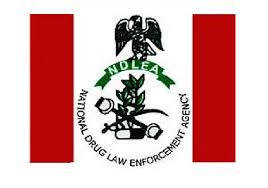 Welcoming the team, Lawal promised that the Commission would partner with the NDLEA to curb the menace of drug abuse, terrorism financing, and money laundering in the country.

He urged Nigerians to continue to support both agencies in their mandates, noting that the nefarious activities of drug peddlers, arm bandits, and economic and financial crimes in the country can be easily tackled, if law enforcement agencies join forces collaborate.

“Inter-agency cooperation is a key to checking restiveness in this country. We need each other to forge ahead and have a crime-free society. We have areas of cooperation where we inter-connect. There is an economic crime to every act of drug abuse, terrorist financing and money laundering and as EFCC, we look at every crime from the economic perspective,” Lawal said.

In his response, Kibo explained that the purpose of the visit was to seek collaboration and synergy between the two agencies, and promised to collaborate with the EFCC in the area of intelligence sharing. He called on the EFCC to join hands with the NDLEA to tackle illicit financial flow that stem from illicit drug traffickers who are involved in huge money transfers in and out of the country.