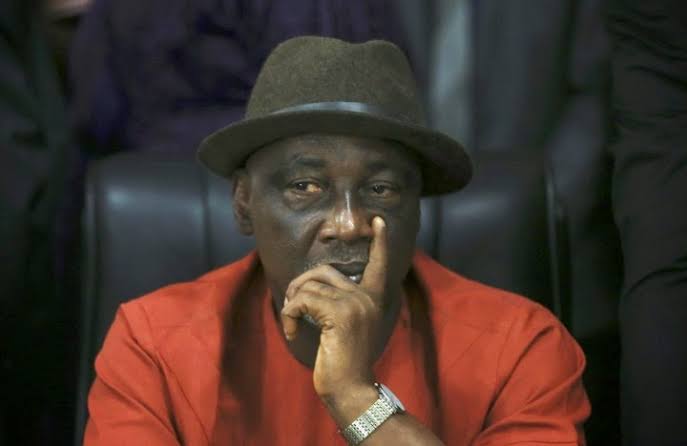 Senator Abba Moro, a former Minister of Interior under the Goodluck Jonathan’s administration will return to troubled-waters on February 25 for face trial before Justice Nnamdi Dimgba of a Federal High Court, Abuja.

The Acting Head, Media & Publicity of the Economic and Financial Crimes Commission, EFCC, Tony Orilade stated this on Tuesday, January 28, 2020 in a press release issued to media houses on the subject-matter.

The amount represents N1,000 obtained from each applicant through e-payment for the online recruitment exercise on March 15, 2014 – an exercise in which 15 applicants died with scores injured due to the ministry’s shoddy preparations for the exercise.

He is charged alongside Anastasia Daniel-Nwobia, a former secretary in the ministry, F.O. Alayebami, a deputy director in the ministry, Mahmood Ahmadu, currently at large, and Drexel Tech Nigeria Limited, a firm involved in the ill-fated recruitment exercise.

At the resumed hearing on January 28, 2020, prosecuting counsel, Aliyu Yusuf, filed a motion for the extension of the time within which the prosecution will file written submission in reply to the “no-case” submission filed by the third defendant.

The representative of the counsel to the first defendant, Eti Kehinde, also prayed the court for extension of time in order to be able to serve no-case submission on behalf of his client.

Counsels for the second and fourth defendants also respectively moved motions on notice for extension of time within which they may file their no-case submissions. Justice Dimgba adjourned the matter until February 25 and March 25, 2020 respectively for the continuation of trial.