Unilorin Don Calls for Sharia Court of Appeal in Southwest 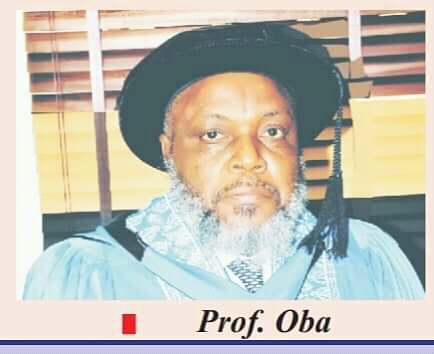 A university Don, Faculty of Law, University of Ilorin, Professor Abdulmumini Oba has called for the establishment of a Sharia Court of Appeal and lower courts (area court/sharia courts) in states that do not have these courts especially in the South-west

He noted that the South-west region of the country has sizeable Muslim population which favour the establishment of a Sharia Court of Appeal and lower courts.

He said when established, the courts should have jurisdiction in all Islamic law matters.

Professor, made the call while delivering the 189th Inaugural lecture at the citadel auditorium on Thursday, titled”Live and let live: Rethinking the legal responses to religious, ethnic and legal pluralism”.

He recommended that “in all the courts administering Islamic law and Customary law only judges that are learned in those laws respectively should adjudicate on those cases.

“There is need to have standardized Islamic Law professional qualifications. I will join those who have recommended establishment of Sharia College of Sharia Advocates.

“There is definitely a need to have a regulatory body for those who will be recognized as Islamic Law experts in our courts.

“There is need to establish a Sharia Court and lower courts (area court/sharia courts) in the South-west where there is sizeable Muslim population, “he said.

Don, also recommended that pitfall of the secularization of the state in a manner that is hostile to religion should be avoided.

He similarly called for “a de jure ” official recognition of the special status of Islam and Christianity in Nigeria without impugning on the freedom of religion of adherents of other religions.

“For the National unity animosity and prejudice, we should respect the religious right of all persons, for the sake of national unity and inclusiveness, every state on the federation should provide facilities and arrangements for the teaching of Christian Religious Knowledge and Islamic Religion Knowledge in secondary schools even where adherents of one of those religions constitute a minority”.

He made case for the need to explore the traditional methods of settling ethnic and inter- communal disputes instead of the current criminal law and civil litigation frameworks.

Prof, enjoined the government and its security agencies to be more professional in their handling of religious, ethnic and other communal crises to avoid escalating the crisis.