Mysterious death kills widow with her lover in Ebonyi 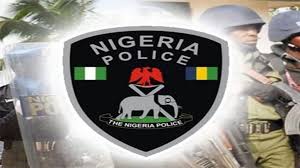 A widow, Nkechi Ezaka Ucha and her lover identified as Ifeanyi Nwokwu were at the Weekend, reportedly killed by unknown assailant with their corpses locked inside  a room to decomposing stage.

The incident, which happened at Umuezeoka, Umueze Ezza-Effium in Ohaukwu local government area of Ebonyi State has thrown the area into panic as it was suspected that their killing was linked to infidelity.

Their decomposing bodies were discovered by neighbours following fowl stench emanating from the man’s room where they were locked. The villagers had mounted a search party when it was noticed that they were missing.

The Source said: “It is a worrisome development as this is not the first time we are witnessing this kind of ugly incident.

“Sometimes last year, a similar incident happened where armed robbers killed a young man in this same Umuezeoka Umueze community and till now, the perpetrators of this heinous crime have not been brought to book.

“The spate of killing and armed robbery activities in Umuezeoka Umueze in Effium Autonomous community has reached an alarming proportion.

“So many of our illustrious sons and daughters can no longer visit home because of the fear of the unknown.

“Our aged fathers and mothers have been living at the mercy of this terror men.

“I am pleading with the Inspector General of Police and Ebonyi State government to please come to our aid as our people can no longer sleep at home and those of us who are in the cities can not come home because of cases of similar nature.

The Source  pleaded that  a police post be established  in the area  to help secure the lives and property of the people.

He also pleaded  with the police to employ their highest  degree of intelligence to unraveled the killers as a means of deterring further such incidents.

However, further investigation revealed that the said late Ifeanyi was in a rivalry with another man over Nkechi’s love.

Ifeanyi, a married man, had promised Nkechi a room in his new building in a bid to win her to himself. It was during their love escapade in the building, away from Ifeanyi’s family house,  and precisely in the room he had promised Nkechi that the both were allegedly strangled to death.

There were no physical injuries on their bodies, according to eye witnesses, but they had blood clots on their noses and mouth.

Meanwhile, the Ebonyi state Police Command has on Tuesday, confirmed the incident.

Briefing Journalists, the police commissioner Awotunde Awosola, represented by the  Police Public Relations Officer in the State, DSP Loveth Odah said the Command received the report of the found bodies of a man and a woman inside a room but yet to get the full details of the incident.

Odah responded: “Yes, there is a report that two persons, a married man and a widow was found inside a room but we don’t have the detail of the incidents.

“According to the report, their bodies were almost decomposing.
“But the perpetrators are not yet known and I assure you, police are investigating the matter and very soon we will unravel those behind it.”

She insisted that the perpetrators when arrested must face the full weight of the law.

In a telephone conversation, the Coordinator, Effium Development Centre, Sunday Agbo, which incident happened in his area of political jurisdiction confirmed that the Police has made some arrests.

He described the death of Nkechi and Ifeanyi as  shocking Agbo expressed sympathy to the victims relatives, expressing optimism that the Police would unravel the confusions, questions and arguments surrounding the incident, and advised the people to be law abiding as they go about their businesses.