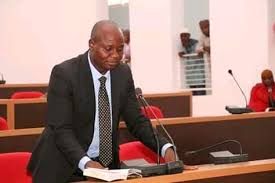 The Minority leader of the Nassarawa  States House of Assembly, Hon Danladi Jatau, has stated that he is now fully prepared and committed enough to provide a purposeful and result-orientation representation to his constituents now that the case over his election is over at the appeal court.

Jatau who represents Kokona East under the platform of the Peoples Democratic Party, PDP, stated this while speaking with newsmen in Dari, Kokona local government area of Nassarwa State at the weekend.

He said with the final decision of the appeal court in his favour, he is now focused and committed to continue to do his best to his constituents without any distraction.

“With the final decision of the appeal in my favour and that of my constituents, I am now let off the hook and therefore free enough to discharge my responsibility unto them without any distraction”, he stated emphatically.

The lawmaker who is making his second term into the states house of assembly, described his electoral and judicial as victory for democracy and that of the people whom he pledged to make sure that his constituents and even the people of the state reap the fruit of democracy there-in.

While assuming his determinations to carry all including his political rivals along, he assured that he would be guided by the spirit of equity, fairness and justice for as a mark of responsibility.

Jatau who has once served as the speaker of the Kokona local government legislative council, however, solicited for more support, prayers and co-operations from his constituents to enable him succeed in the task ahead.