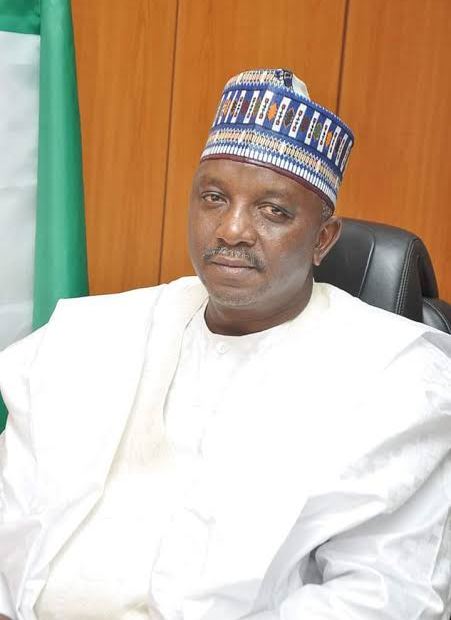 Some stakeholders in Nigeria power sector have called on Federal Government led by President Mohammadu Buhari to, as a matter of urgency, direct the acting Managing Director of Nigeria Bulk Electricity Trading (NBET), Dr Mr Nnaemeka Ewelukwa, to step aside by tendering his resignation letter, to enable for an unbiased investigation on an account of alleged forgery of press statement which was signed and attributed to one Aisha Waziri of Projects and Research Department of NBET.

In a communique made available to journalists and signed by  Alhaji Omar Daura for Power Projects Watch  Syndicated  (PPWS); Otumba Durojaiyi of Energy For All Nigerians(EFAN); Chief Femi Balogun for Greater Lights In The Villages(GLITV); Elder Victor Edem for Empowerment Through Power(ETP) and Chief Nze Gregory Okafor for Hope In Buhari Power Projects(HIBPP), at the end of  their emergency meeting held  in Abuja yesterday, the stakeholders frowned at  the continued stay of Dr Ewelukwa as the acting MD of NBET, when it has been alleged earlier by some staff of the agency and highlighted by some stakeholders on the power sector, that Dr Ewelukwa forged the statement which was  issued out to media houses on 25th December, 2019, wherein he  claimed  in the statement  which was purportedly signed by Aisha  Waziri of   Corporate Services of NBET, stating that Dr Ewelukwa had assumed duty as the acting MD of NBET. A statement which Aisha Waziri has distanced herself from.

“We are seriously concerned and worried on what is happening at NBET, where a legitimately appointed Managing Director in name of Dr Marilyn Amobi, was ousted by 6 staff in connivance with the Minister of Power Engr. Saleh Mamman on spurious, unsubstantiated allegations which were leveled against her, that have not been proved.

“We are equally concerned that few hours after an announcement came on air that the minister has suspended Dr Amobi, this group of staff at NBET, sat and issued out a statement, purportedly noting that the Minister of Power had appointed Dr Ewelukwa as acting managing director of NBET, knowing very well that it is unlawful for the Minister to do so; and Dr Ewelukwa does not have the requisite cognate experience to occupy such important position; an appointment that has disrupted the power sector, where the international partners are becoming circumspect in dealing with our country in the critical area like power.

“What baffled us is the haste Dr Ewelukwa used to issue directives under 24 hours of the purported appointment plus the source of the so called press statement that was sent to all the media houses.

“Our investigation both in and outside the agency, showed that the six staff have worked with the Minister for some weeks, now planning Dr Amobi’s ouster.

“They organised and wrote the statement and attributed it to Aisha Waziri, who was not in-know of their plans, and who also frowned at the use of wrong designation as a staff of corporate services department, while her official designation is an Officer in the department of Projects and Research.”

“We therefore, call on the Dr Nnaemeka Ewelukwa the allegedly acting MD of NBET, to as a matter of honour, to resign from the position on moral grounds and allow an independent inquiry to ascertain his role and that of his other five  colleagues plus the Minister of Power in forging a press statement which they attributed to Aisha Waziri and the coup at NBET,” the communique further added.