Yetutide: Magu Warns Nigerians to be Cautious of Fraudsters 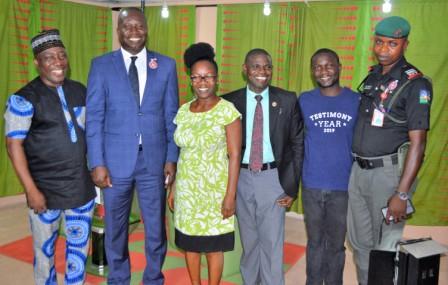 The Acting Chairman of Economic and Financial Crimes Commission (EFCC), Ibrahim Magu, on Wednesday, December 18, 2019, alerted Nigerians on the need to be vigilant against fraudsters who may want to take advantage of the festive season to defraud people of their resources in their desperate quest to make money for the Yuletide.

According to the Head, Media and Publicity of the EFCC, Mr. Wilson Uwagaren in a press release, on Wednesday, December 18, the call made while Magu was featuring on ‘Pacesetter,’ a live television programme of the African Independent Television (AIT), Ibadan station.

“Keep safe the personal information of your bank account and don’t share it with anyone. If anyone calls you to ask for your ATM PIN (Automated Teller Machine Personal Identification Number) and other sensitive data, claiming to be calling from your bank, don’t disclose those data to him. You should rather go to your bank for inquires. You may be shocked to know that such a call never emanated from your bank,” Magu said.

The EFCC boss further cautioned against breaking “the paper trail” halfway and warned bank officials not to allow fraudsters to use people’s account for fraudulent purposes.

“If someone pleads with you to use your account to collect money, you may not deny him. Just ensure that you don’t withdraw and give him cash. Ask him to give you an account to transfer the money to him and by that, the paper trail will not stop with you because if it stops with you, you will have questions to answer when it is time to investigate the fraud,” Magu stated.