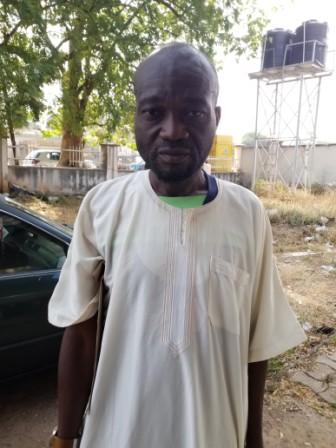 Umar Isiaka, a Kwara-based businessman was on Monday, December 16, 2019 arraigned before Justice Mahmood Abdulgafar of the Kwara State High Court by the Economic and Financial Crimes Commission (EFCC), Ilorin  Zonal Office on a one-count charge of violation of legal contract, contrary to Section 312 of the Penal Code.

This was made available to news men in a press release issued by Mr. Wilson Uwajaren, Head, Media and Publicity of the EFCC on Tuesday, December 17.

The charge against the defendant reads: “That you Umar Isiaka, sometime in June 2015 in Ilorin, within Ilorin Judicial Division of the High Court, being entrusted with property to wit; the sum of  N2,500,000 (Two million,  five Hundred Thousand Naira) only,  by Ariyo Adebowale Fashona as part of ten per cent counterpart deposit required to obtain the Central Bank of Nigeria, Small Medium Enterprises revolving loan did honestly convert same to your own use in violation of the legal contract which you made in regard to the said sum, thereby  committed an offence contrary to Section 311 of the Penal Code and punishable under Section 312 of the same law.”

He pleaded not guilty to the charge, upon whichprosecution counsel, Andrew Akoja asked the court for a date for commencement of trial and for the defendant to be remanded in the custody of the Nigerian Correctional Services (NCS).

Justice Abdulgafar ordered the defendant to be remanded in Mandala Correctional Centre and adjourned the case until December 24, 2019 for further hearing.