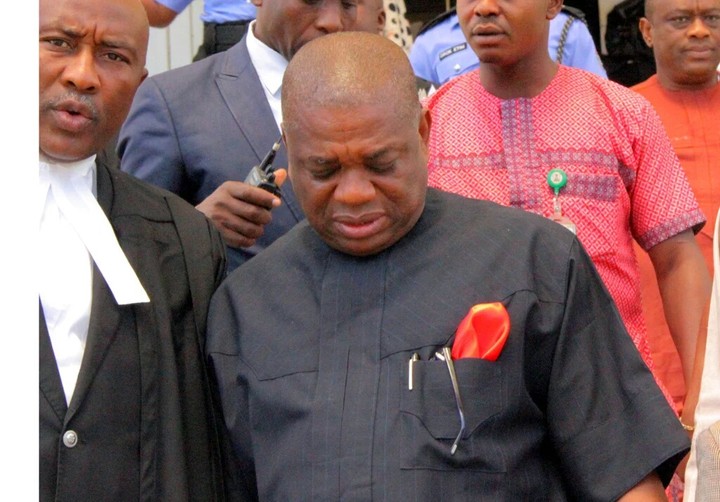 The Senate Chief Whip and former Abia State governor, Orji Uzor-Kalu has been sentenced to 12 years imprisonment after being convicted of N7.

65 billion fraud when he was governor while his two accomplices bagged 10 and 3 years respectively.

The Federal High Court in Lagos sentenced the former Abia governor to a maximum of 12 years imprisonment for N7.65bn fraud, among other multiple sentences ranging from 3 years to 5 years on 27 counts.

Justice Mohammad Idris also convicted and sentenced his two other accomplices who were also found guilty of N7.65bn fraud.

Kalu’s co-defendants are his firm, Slok Nigeria Limited; and Udeh Udeogu, who was Director of Finance and Accounts at the Abia State Government House during Kalu’s tenure as governor. The judge also ordered that Slok be wound up and its assets forfeited to the Federal Government.