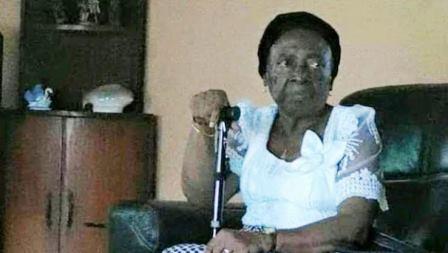 The lead character in the New Masquerade television drama series, Chief Chika Okpala, popularly known as Chief Zebrudaya Okorigwe Nwogbo alias 4:30, has debunked the rumours making the round that Mrs. Lizzy Lizzy Ovueme who acted as Ovuleria Peterside, wife of the lead actor in the play is dead.

The social media was recently awashed with news of Ovuleria’s death, but Chief Zebrudaya told newsmen through a telephone conversation that the woman is not dead and that she is hale and hearty at Port Harcourt, Rivers State. He revealed that he just spoke with her a few minutes before the call from the journalist came in.

Most of the lead actors in the play have died. People like Davies Ofor (Clarus), James Iroha (Gringory), Claude Eke (Chief Jegede Shokoya), Christie Essien Igbokwe (Apena), but Chief Zebrudaya has been seen featuring in other soap operas as well as playing different roles in television advertisement.

Though Ovuleria has not been seen recently in the public domain, but Chief Zebrudaya said she is strong and there is no cause for alarm.

The New Masquerade, before the advent of present day Nigerian movies, was one of the few television drama programmes that entertained the Nigeria populace.