Govt has neglected us, socio-cultural group in Plateau cries out 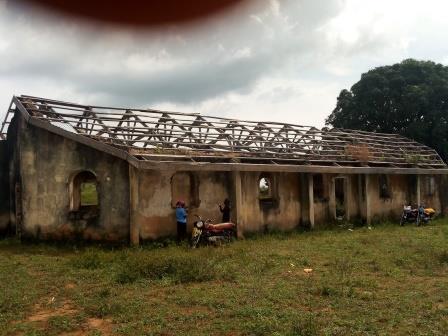 The president of a sociocultural group known as Shonong Development Association, SDA, in Plateau State, Mr. Davou Jambol has decried what he described as government negligence to the return of their displaced people home since after the attacked on the community last year.

He spoke at the funeral of the Gwom Shonong, the traditional ruler of the Shonong Community in Riyom Local Government Area of Plateau State, where he expressed worries over government’s inability to create an environment conducive for the natives to return and rebuild their ruined ancestral homes to continue their livelihood.

He recalled how the community has been attacked more than four times since 2012 and the people were rebuilding their homes until the worse attacked in June 2018 in the community and other parts of the communities in Riyom, Barkin Ladi and parts of Jos South LGA that claimed over 200 lives, displaced over 3000, hundreds of houses and farmlands destroyed.

He said after the last year’s attacked, both federal and state governments made some promises to rebuild and return them, but nothing has been done or heard from the government despite frantic efforts by the community leaders especially their late traditional ruler for the government to provide security for the people to return.

Mr. Jambol explained that because of the eagerness of their people to return home, the community in collaboration with a non-governmental organization – NINCHI Group Community Housing, sponsored by World Bank Assisted Community Social Development Project and Plateau Community and Social Development Agency built four block of houses for the people to return and stay there temporary before building their houses.

“We are not even begging the government to rebuild our houses, since they have failed in their promised. What we are asking of is for them to ensure our security and we would come back and build our destroyed homes”, he said.

Corroborating the position of the SDA president, former Surveyor-General of Plateau State who is a native of the community, Surveyor Martins Gang, said historically the community is the first settlement of the Berom natives on the Plateau before they dispatched to other communities.

He said the peace loving farmers who shows hospitality to their Fulani’s visitors when they came have now become vulnerable to attack by their visitors the Fulani’s.

The former Surveyor General appealed to government at all levels to accord priority to the security of their citizens and put action to their words and do the needful to fulfill their promised of returning the displaced people to their various communities and guarantee their security.