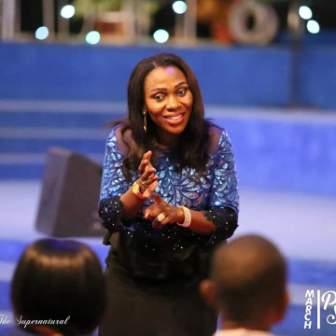 A group of Ebonyi clerics under the aegis of Divine Mandate Pastors has disowned some of its members over alleged false publications against the forum and its leadership.

Divine Mandate Pastors Forum, a household name in Ebonyi political sphere is made up of clerics from various churches, ministries and denominations across the state.

Numbering about 2,500, the clerics have remained prominent supporters of the election,  re-election  and all affairs of Governor David Umahi since 2015,  and have also assumed the responsibility of praying for the governor and his administration.

It is the spiritual arm of the Divine Mandate organization, Governor Umahi’s campaign platform under the headship of the senior pastor of Christ Embassy Church, Abakaliki, Eunice Oyeyemi.

Recently, some aggrieved pastors in the forum including Ifeanyi Igwe and Ernest Anayo, announced themselves as chairman and secretary of Concerned Members of Divine Mandate Pastors respectively, accused Oyeyemi of high-handedness, corruption, leadership imposition and other forms of impunity.

In their breakaway status, the duo and their cohorts had alleged that the leadership of the forum, in its high handedness, only planted those men and women clerics it fells could protect and defend its personal interests at the state and local government levels, without recourse to the principle of inclusiveness

They further insinuated that Oyeyemi’s fragrant abuse of office and alleged fraudulent activities have birthed crises rocking the pastors in the forum.

Some pastors in the forum numbering over 15 on Tuesday, however, debunked the allegations against Oyeyemi and her leadership of the forum, describing Igwe and Anayo as impostors and men bereft of God’s spirit and calling.

In a communiqué signed by the pastors, including Rev. Odu Paul Ozoemenam, Eluu Ifeanyichukwu, Blessing Ali, Mike Nwankwo, Njoba Ambassador, Oyari Michael, Christian Igbala, Stanley Ori, Offor Godwin among others, made available to newsmen in Abakaliki during a press briefing, the pastors absolved Oyeyemi of any wrong doing.

Part of the communiqué reads: “We the members of the Divine Mandate make bold to say that the allegations are baseless, and the so called Reverend Ifeanyi Igwe is never an ordained minister of the gospel and does not have a church he can be traced to.

“His accomplice, Mr Earnest was suspended from the Divine Mandate Pastors Forum because he was found not to be a pastor in Salvation Ministry as claimed by him, which the evidence of his exemption was sent to the body via the state pastor of Salvation Ministry in the state.”

“Divine Mandate Pastors is not in crisis and we are more than ever committed to the vision of His Excellency for setting up the forum.

“Every Monday, we gather together at the Government House Chapel to pray at different locations in the state.

“People must be careful not to fight a man who has found favour with God, otherwise, they will be fighting God.

“Our esteemed leader, Pastor Eunice is an example of grace, following her antecedents in ministry, and the whole body of divine mandate pastors are happy with her matchless leadership prowess.”

The pro-Oyeyemi pastors further alleged that Igwe and Anayo were playing the script of their sponsors who are ‘enemies’ of the state governor, in attempt to misrepresent the Divine Mandate Pastors, being ‘the spiritual covering’ around the governor.

They described the publication against the forum and its leadership as malicious, and the publishers as both faceless and lacking in integrity.