I was welcomed by IPOB members in USA, recently, Ngige Boasts 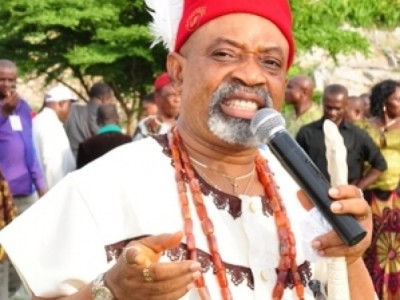 Dr. Chris Nwabueze Ngige, the Labour and Productivity minister and former governor of Anambra State has revealed that unlike the former deputy senate president, Ike Ekweremadu who was attacked in Germany by members of the Indigenous People of Biafra, IPOB, he (Ngige) was rather welcomed by the group, when he visited the United States of America, USA, recently.

Ngige made this revelation in Obosi, Anambra State, recently, where he challenged the people of south-east geopolitical zone to identify with the All Progressives Congress, APC-led government rather than feeling marginalized.

According to him, “IPOB was registered by the late president general of Ohaneze Ndigbo, Dr Dozie Ikedife and other Igbos as a non-violent group. What is going on now in the group is not part of the work plan. I visited the United States of America recently, and I was welcomed by IPOB members.

“They knew I fed and protected them when I was in office as governor. I have said it several times that Biafra cannot be achieved the IPOB way. The Igbo should stop shouting marginalisation. They should stand up and assert themselves to be counted. Nigeria belongs to all of us. Equity favours the Igbo to produce the next president of the country, but they must work hard and position themselves for it.

“We should stop political sentiments. Politicians don’t give power based on sentiment and emotion. President Muhammadu Buhari has said he is favourable to an Igbo president. We must support him and associate with the APC. Nobody will give you president of Nigeria in your bedroom.” he said.

Recall that after the attack on Ekweremadu, the IPOB leader, Nnamdi Kanu while expressing satisfactory with his men, advised them to humiliate any Igbo politician they see abroad.

Kanu equally placed a N1m bounty on anyone who reveals the itinerary of any governor from the south-east who will be traveling abroad.