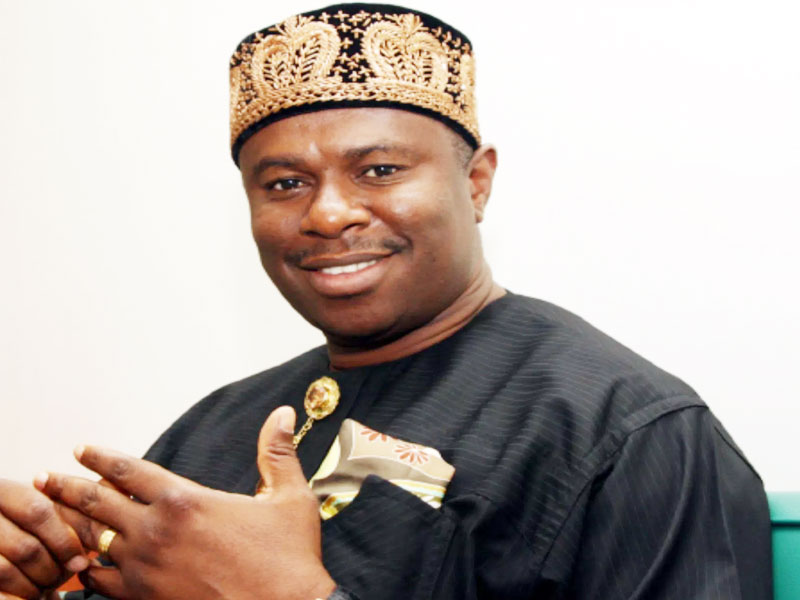 The military institution is one of the most important state institutions in Nigeria and indeed anywhere in the world . Apart from their traditional mandate to protect the country’s territorial integrity, the Nigerian military is also charged with ensuring internal cohesion. All over the world, the military is an organisation authorised to use coercive instruments, including the use of weapons, in defending the motherland by combating actual or perceived threats.

The state of war in the country in the last ten years characterised by banditry and insurgency has put the Nigerian military in sharper focus.

The terrorist group, Boko Haram’s activities, have created a heavy security burden to Nigeria, with added adverse effects on the economy resulting mainly through communities’ dislocation and creating glitches in the productive chain.

Boko Haram, which began as a ragtag Islamic sect devoted to an Islam brand propagated by Islamic Scholar Muhammed Yusuf, has grown in leaps and bounds over the years. The blood thirsty organisation, currently ranked the world’s third deadliest terrorist group, has established a strong link with foreign Islamist groups, such as al-Qaeda in the Islamic Maghreb and Al-Shabaab in Somalia. It is suspected that these organisations provide skills for its operations, especially in guerrilla warfare, production of sophisticated improvised bombs and kidnapping for ransom as an additional funding source to its allied sources. It has since spread into Nigeria’s neighbouring countries of Niger, Chad, and Cameroon.

The expansion of Boko Haram’s reach and sophistication would naturally elicit a proportionate response from the Nigerian government. In recent years, defence spending in Nigeria has been on the increase. It is superior to other sectors of the economy, mainly in response to security demands brought about by the war against insurgency and now banditry. One of the less-discussed economic impacts of the fight against insurgency is that the country faces the challenge of meeting the cost of catering, rehabilitating, and resettling both internally displaced people and refugees. It is also burdened with reconstructing damaged infrastructures, a vast encumbrance on the government, especially with a global drop of oil price for an oil-dependent income economy like Nigeria.

The increasing focus and expenditure on defence have naturally hurt investment in other economic sectors especially social infrastructure, imperilling the government’s economic development targets. This is aside from the insurgency fight’s human cost – thousands of Nigerians maimed and killed, millions internally displaced plus the attendant socio-political strife.

The cost of the war against insurgency on the country has put greater focus on the service chiefs – the officers leading the Nigerian military’s different arms. There was a time in the recent past when many Nigerians hardly knew who the chief of defence staff was, or the Nigerian Army’s head. But not these days.

For the past two years or so, as the Nigerian military recorded significant losses against the Boko Haram terrorists, there have been strident calls from many sections of the country for President Muhammadu Buhari to shake up the top echelon of the Nigerian Armed Forces. Even the National Assembly was involved with persistent calls from the hallowed chambers that the military leaders should pay the tottering insurgency fight price.

The recent replacement of all the service chiefs, including the chief of defence staff, elicited Nigerians’ mostly positive reactions. As a retired General, the natural assumption is that President Buhari has a visceral understanding of the military modus operandi. His knowledge of the necessary technicalities and intricacies should be far greater than the ordinary Nigerian politician who is usually susceptible to populism and quick fixes. This may have influenced his decision to wait for this long before overhauling the top military leadership in Nigeria.

It would be overly simplistic and naïve to believe that a mere change of the military hierarchy would mark a turning point in the fight against criminality or suddenly decapitate Boko Haram overnight. The insurgency threat in Nigeria is complex and multifaceted and would require deeper intelligence, analytical thinking, strategic planning, immense professional expertise, consistency of purpose, and time to be overcome.

However, there is a famous adage that you cannot continue doing the same thing repeatedly and expect a different outcome. When things are not working out, when there is stagnation or when a situation continues to deteriorate, there is usually a need to do a diagnostic review, change the old guard and bring new faces with fresh ideas and perspectives. Sometimes the mere fact that there is a change at the top has motivated the rank and file to put more effort into their duties for better results.

For the new service chiefs, their work is well cut out for them. Nigerians recognise that their appointment does not automatically mean that they are the messiah of Nigeria security challenges. However, it is expected that a new injection into the security architecture will lead to fresh strategies, new leadership ethos and fresh perspectives. They should carefully analyse their predecessors’ shortcomings and ensure that noted gaps in the previous leadership are filled for better results.

After careful consideration of the herculean military task facing these new service chiefs, I am proposing these seven-point suggestions on the way to move forward.

First, they must have a specific outcome they want to see in the short term and medium-term. They should communicate this to the Nigerian people to build confidence and engender positive expectations. Nigerians are weary of the security situation and need to be served hope based on concrete plans.

Secondly, a prolonged war makes combatants weary, demotivated and demoralised. Our new Leaders must think outside the box to get new solutions to motivate the forces and create a new incentive system that will make them give their best.

Thirdly, wars in the 21st century are intersections between technology, politics, and psychology. I doubt if our military has taken advantage of technology enough to fight insurgency and other criminal activities plaguing our country — time to scale up the use of technology both for intelligence gathering and warfare proper.

Fourthly, it is time to infuse strategies from outside the military and apply it inside the military. This is an unconventional war that needs a different approach. This is no time for “big ego” or personal interest. No one method is best for defeating insurgents. It is time to listen to other perspectives and collaborate with anyone who has anything to offer. No military establishment or organisation can win this war alone. We need all the intelligence and security outfits and civilians who have anything to contribute to get involved.

Fifthly, because of our current security challenge’s transnational nature, we need to talk to our neighbours and collaborate with them. We need to involve global powers like the United States of America and Russia to defeat Boko Haram. It is unacceptable that we have not fully understood the structure, source of funding, and weapons acquisition of Boko Haram insurgents after eight years. It points to the fact that there is something wrong with our intelligence gathering.

Sixthly, it is high time the Executive and legislative arms of government gave the military more support in resources to scale up infrastructure, technology, and human capacity to confront this monster once and for all.

The last point is that Nigerians are yet to see the best of the National Security Advisers (NSA) Coordinating role. Military Chiefs and the NSA’s synergy needs to be evident for all to see whilst maintaining political neutrality. Without a shred of doubt the missing link in this fight against insurgency is coordination of all the units involved in the war. This is squarely at the doorstep of the NSA.

Insecurity is perhaps the most critical issue facing the country today. Therefore, the new service chiefs must hit the ground running. Their predecessors’ tenures were not without merits so they should try and consolidate on the areas the past leadership performed well. The new service chiefs should brace up to our nation’s challenges and note that their appointment at this time, more than at any other point in our national history, demands an enormous sense of commitment, responsibility, and determination. They must secure our nation and restore peace, order, and national cohesiveness in our polity.

Boosting troop morale would be vital in winning the fight against insurgency. Cases of desertions and soldiers cowardly abandoning their duty posts while confronting a less equipped but highly motivated enemy is rampant. Soldiers’ salaries and allowances must be paid fully and as when due. The military equipment needed to overpower the terrorists must be always made available. Service Chiefs should also ensure that indolence acts, corruption, recklessness, abuse of process and partisanship amongst the commanding officers that negatively affect troop morale are eliminated in the Nigerian armed forces.

There is also a need to get community leaders and the civil society involved in the war against insurgency. In the same vein, it is expected that all militias and armed groups are kept in check to ensure that none can challenge the state. These are part of the duties of the new Service Chiefs.

Nigerians are full of expectations and not ready for more excuses. Insecurity has affected all facets of the Nigerian body polity and is threatening the country’s corporate existence. The new service chiefs must answer the call to duty.