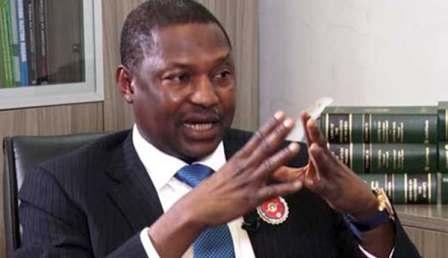 As the crisis rocking the Edo State House of Assembly continues, the 17 lawmakers opposing Governor Godwin Obaseki seem to be taking upper hand over their counterparts who are still with the governor.

The Minister of Justice and Attorney General of the Federation Abubakar Malami ordered the Inspector General of Police to provide security for the 17 anti-Obaseki members of the Edo Assembly.

In a letter dated August 5 based on a petition to his office by Idahosa-West Chambers, Malami said the security measure is necessary to prevent breakdown of law and order.

The 17 lawmakers backing All Progressives Congress (APC) Governorship candidate, Pastor Osagie Ize-Iyamu, have been locked in a battle to access the Edo Assembly complex on Ring Road, Benin with seven lawmakers loyal to Governor Godwin Obaseki.

Recall that 14 lawmakers out of the 17 had not been sworn in since June 2020 when their colleagues took their oats of office. Three other lawmakers from Obaseki camp who refused to decamp to the Peoples Democratic Party (PDP) subsequently joined the 14.

Sitting at a private residence on Thursday, the 17 impeached the speaker and his deputy, and claimed they have taken over leadership of the House.