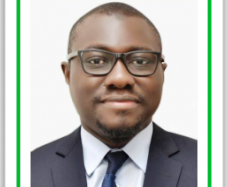 The Nasarawa State Attorney General and commissioner of Justice, Associate Professor Abdulkarim Abubakar Kana has stated that his major ambition is to become a professor of law and Senior Advocate of Nigeria (SAN) before any other thing or venturing into politics proper.

Fielding questions from Journalists recently at Keffi Local Government Area of Nasarawa State on whether he is strategizing towards future into political contest come 2023 in view of the large gatherings always witnessing in his functions, he stated that for now he only wants and prays to reach the peak of his carrier in the legal circle.

The commissioner who is the former Dean Faculty of Law at the Nasarawa State University, Keffi said that he puts his chosen profession in the front burner and that is what always enables him to give out his best in the state’s ministry of Justice which has now become a model before its contemporaries.

He stated that he has rested his case with God Almighty, but now that he hold public position he would continue to do his best in order to justify the confidence reposed on him, adding that his track records of performances as Commissioner of Water Resources and that of the Justice presently speak volume for themselves.

On the disturbing cases of rape in the state particularly against minors, the law commissioner stated that stiffer penalties were made available in the law enacted and passed by the state’s legislature adding that to make it workable the state governor has already assented to it.

He also stated that the state government has already dusted the existing child rights act and is prepared to commence its execution with a view to protecting the interest of the children from unnecessary abuses.

Barrister Kana further stated that another law that would be mandatory for parents not to conceal rape cases meted on their children is also in the offing and that all were deliberately made to fortify the war against rape and other abuses against both the female and even the male children.

Based on these, the commissioner therefore solicited for the support and cooperation of all the stakeholders because the success of the war depends largely on the support from all.