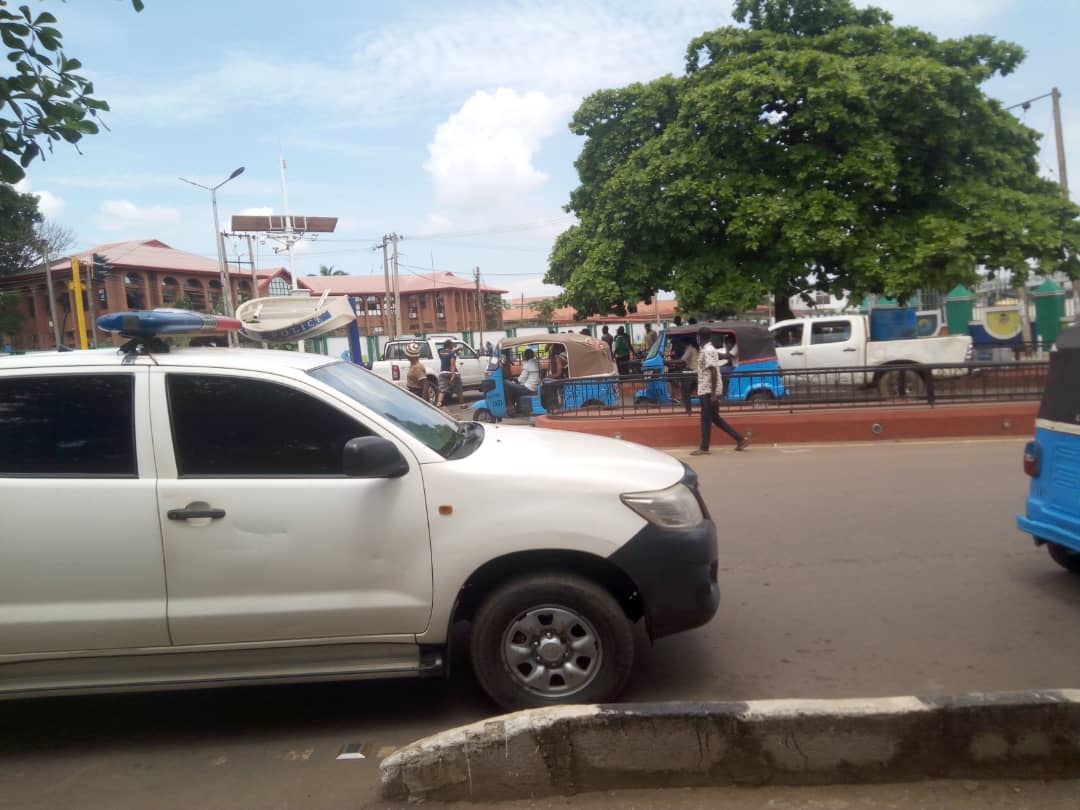 The popular Udensi round-about, few metres to Ebonyi old government House, Abakaliki, was on Thursday afternoon thrown into pandemonium following a clash between Traffic Police and some armed soldiers.

An Eye witness who pleaded anonymity narrated that trouble started when some Traffic Police on duty impounded a tricycle for allegedly violating traffic light code.

The tricycle driver who could not secure the release of the incidentally tricycle after prolonged pleas, had to contact the owner who incidentally is a Nigerian soldier.

Arriving few minutes later, the soldier asked after the Traffic Police who impounded his Tricycle .

The queries resulted into an argument which degenerated into a free for all  as Traffic Police allegedly engaged the Soldier.

The imbroglio prompted a detachment of armed soldiers on guard at the International Conference Centre, very close to the scene, to rush out and join the fray.

While attempts were being made to settle the matter inside the Conference Centre, a detachment of Mobile Police Men and Operatives of State Anti Robbery Squad arrived  the scene and charged at the soldiers.

The soldiers consequently, responded by cocking  their guns in readiness for a deadly spree, while making calls for reinforcement from their base.

As the tension heightened with its general apprehension, it took the intervention of senior police officers from Police Headquarters, Abakaliki to calm the situation by ordering their men to down tools.

The action of the senior police officers who arrived timely probably averted what would have been a major security scare and bloodshed as reinforcement from the Military Cantonment arrived in the scene minutes later.

It was further gathered that all the parties were later taken to the Police headquarters very close to the round-about for a truce involving the Army Cantonment commander from Nkweagu Military Cantonment and the most senior police Officer in the command.

When contacted on phone, the Police Public Relations officer in the State, DSP Loveth Odah, confirmed the incident.

She however noted that it was just a minor and internal misunderstandings between the security outfits and not a clash, adding that the soldier was not directly involved.

She also confirmed that the matter had been settled in line with espirit de-corps.