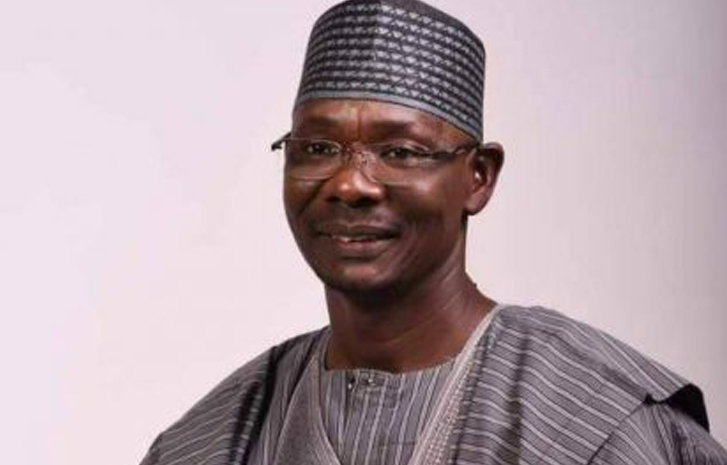 Briefing newsmen after a stakeholders meeting in Garaku the headquarters of the Local Government Area, the Chairman of the distribution committee who doubled as the state’s commissioner for Justice Barrister Abdulkarim A.

Kana described the report as false and a calculated attempt to tarrish the hard earned reputations of the people involved in the distribution exercise.

He lamented that the media reports was unjournalistic because there was no any effort made to either verify or substantiate the reports beyond and above all reasonable doubt in line with the standard journalistic practices as such the report is a total false and calculated attempt to bring them to public disrepute.

The commissioner for Justice and Attorney General of the state further lamented that the reporters in question have neither come down to verify their claims neither from the authorities concerned nor from the benefiaries; an action that is even against the principle of social justice and good journalistic practices.

“It is quite unfortunate that the said reporters in question have never made any attempt to verify their claims before going to press either from the authorities concerned or the beneficiaries whom he said were all available for confirmation” he lamented.

He therefore advised them (the reporters) to immediately retract their reports or in the absence of such the Local Government and stakeholders in the area would have no option than to seek for legal redress in order to clear its hard earned reputations which has been drag into the mud through what he described as their false report.

Collaborating on the same issue the Kokona Local Governments Chairman Hon. Saidu Kurki described the media reports as highly unfortunate and regrettable as there was no any iota of truth in it because they took their time to ensure an equal distribution of the rice and from the response they got from the people in the area those that were supposed to get it have all got it.

He however stated that even the little infraction that happened during the distribution exercise were properly rectified adding that no single bag of rice was either sold or diverted and as such the report is unacceptable.

Contributing, the member representing Kokona West in the State’s House of Assembly, Hon. Daniel Ogah Ogazi described the media reports as unfounded and damaging because from their investigation no single bag of rice was diverted as such those involved in what he described in such damaging reports should be sanctioned appropriately in the event that they failed to bring tangible facts to verify their report.

He assured that as various representatives of their people they would never be involved in any sharp practice or betray the confidence reposed unto them by the electorate adding that they would always be prepared to support and defend the general interest of their people.

Our correspondent observed that the media reports raised grave concern in Kokona Local Government Area, the community, elders of APC were seen in pensive mood due to what they described as false news.