My abductors never threatened to kill me – John Mamman 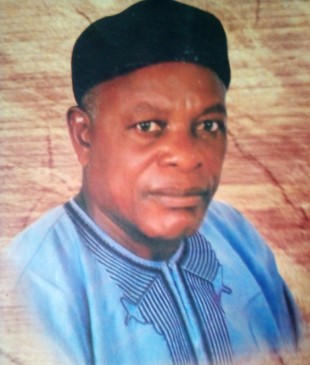 Hon John Waje Mamman who was recently kidnapped and released by his abductors after paying an undisclosed ransom, was a retired permanent secretary with the Nasarawa State government and also held several political appointments including deputy chairman of Kokona Local Government Council and Chairman Transition Management Committee of the said Council.

Presently he is the Special Adviser to Nasarawa State Governor Engineer Abdullahi Alhaji Sule on Local Government, Chieftaincy Affairs and Community Development. In this interview with our correspondent DAVID DARI, he revealed his experiences in the hands of his abductors. Except:

Congratulations on your freedom from the hands of kidnappers. How are you feeling now?

You can see that I am doing very fine. The only thing that I have to tell the world is to thank God for my released on the 4th of April 2020 after I was kidnapped in my home town at Dari in Kokona Local Government Area of Nasarawa State and was released four days after to reunite with my family, my people, my state and the world at large. So once again I need to give God the gratitude for granting me another opportunity to be back to life. It is God’s doing and I don’t have anything to say than to continue to thank God, giving Him adoration and praise as well as to continue with my prayers.

What were your experiences like in the hands of your abductors?

The experience as it is, to me is part of human life. Everything that comes around me I always take it as part of the experience that I should have. At a point the people outside do sympathized with me that I am having a bitter times, but me that  was already with my abductors in the bush, I zeroed my mind and continued praying for the will of God to prevail, and when I finally got my freedom. I thanked God Almighty.

At first, when they abducted me, my fear was that they deprived me from taking my drugs. I pleaded with them right from my house to allow me take my drugs with me, but they refused. So with my ill health, I surrendered everything to the hands of God and He took care of me while I was in captivity. The other experience was that of fear, as a human being I must feared, but consoled myself by having it in mind that I was in the hands of hoodlums, and at the end of the day the will of God actually manifested.

We also learned that your abductors threatened to kill you at a point in time. What is your take on this?

These are some of the things you probably heard from outsiders. If they have wanted to kill me they would have done that right from the point they abducted me from my house, because they were well armed. So there wasn’t anything like that. Though in a situation like that they might be doing the threatening act to enable the relations of the kidnapper summit to their wants, and one thing that all human beings need to know is that certainly one day we will die and it is only our creator that knows how and when it will happen.

Was there any kind of maltreatment on you by your abductors?

The trauma was that I knew I was not in safe hands and in as much as someone is not with his family and friends then you are in a different world.

What about your feedings?

They don’t sale food in the bush. I survived through the mercy of God.

When the kidnappers took you from your house in Dari, what was the means of transportation?

All through I trekked.

Can you remember the distance?

I can’t because when they abducted me after some few kilometers from my house they tied up my eyes and from that time I didn’t know when it was night or day, but as the sun cools down I do noticed that it was about evening time or approaching night and subsequently they will asked me to sleep for some hours and then the journey begins again.

Did they leave you at one location?

They were changing locations and I don’t have the geography of the locations because my eyes were tied up as mentioned earlier.

So how are you feeling now as regards your freedom?

While I feel so honored by God first, then my community members and all my associates. Several people kept calling my wife, calling my family members and calling my local government chairman Hon Saidu Kurki as well as many others showing their concerned about the incident. So I am happy that God has done His own work and he will continue to do it for humanity.

What is your advice to kidnappers all over the world?

As a Christian, when Jesus Christ was to be crucified he pardoned persons that crucified him. He asked and prayed to Almighty God that they do not know exactly what they were doing. So I pray that may God forgive my abductors and their likes and grand them the desire to change and to help humanity because nothing is impossible with God. God Almighty can decide to change them to be influential persons in the society and He can as well decide to change them to people who will have handworks to do in the society. That is my prayers for them.

Did you suspect any conspiracy in your abduction?

That aspect it is only investigations that can prove. If I say I suspect some one that can only create a room for speculations that are not valid, but I think investigations has commenced by security agencies and I believe they will get into the root of the matter, and if there are suspects they will discover and if there are not they will do same. For me I take it as an act of God remembering that this is not the first time that such a negative thing is happening to me. I thank God that I have passed through life experiences. I wrote a book of recent and launched it when you read it you will see how I have gone into so many traumatic conditions and experiences and each one that comes to me I take it as an act of God.

We were made to understand that ransom was paid before you were released. What is your take on this?

I don’t know anything as such since I was not in control of the said situation. I was like a prisoner under the watch of a prison warden. So it is only the prison warden that will be able to freely say whether a ransom was paid before my released. I want to also use this medium to thank the government of Nasarawa State under the leadership of Engineer Abdullahi Alhaji Sule, HRH Lawrence Sylvester Ayih Oho ll  the Abaga of Toni chiefdom and his colleagues, the journalists, security agencies and others too numerous to mention for doing a good job geared towards my freedom.