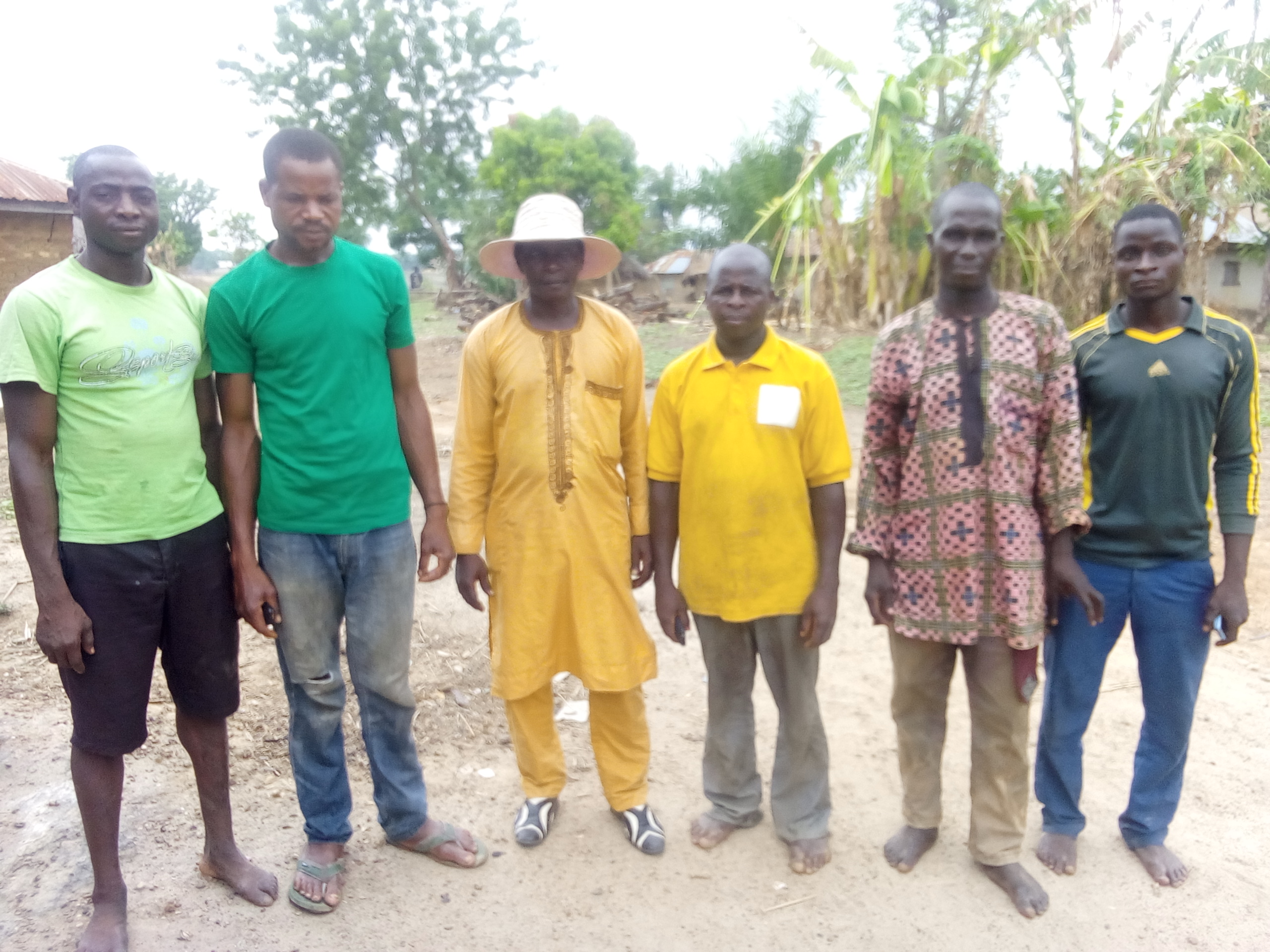 By Moses Okorie and Christopher Dari

Some residents of Gardi community in Panda Development Area, Karu Local Government Area of Nasarawa have called for urgent intervention of the state government and other relevant authorities to avert impending bloodshed over land dispute between them and their neighbouring community of Koso.

This call was made when NATION’S PRIDE carried out an investigative work to the two opposing communities recently, and it was discovered that the two villages are already sitting on the keg of gun-power if adequate intervention is taken by relevant authorities.

One David Dogo Mallam of Gardi, said he was attacked by six people from Koso village while he was working on his farmland. He said they are just existing as living corpses, because they don’t know what will happen next as disagreements continue to bedevil the ugly situation.

“We are calling on the government to know our plight in this community, because our parents warned us not to fight. Nasarawa State Government should tell us where we belong, because you cannot carve chiefdom without defining the boundary. If they can define the boundaries of these chiefdoms, every traditional ruler will know his place of jurisdiction.

“In order to have sufficient peace in these areas, the government should make a clear boundary adjustment so that we would know where to sleep and where to wake up. We are tired of going to court every day-by-day. We need peace in our place.”

The youth leader of Gardi, Obadiah Egurah also pleaded for peace. He said that this issue should not be turned into communal crises as that will not help. “You may know the beginning of a fight, but cannot predict its ending. We are crying for the government to look towards our direction, if not, this matter is already getting out of hand.”

Christopher Mallam also from Gardi revealed that it was after the exit of Zimbabwe Farmers sometimes in 2007 that the Koso people starting making troubles with them. “Even the day before yesterday, we were at the farm when Koso people came to attack us, but some of our elders told us to retreat.

“We are therefore calling on the government of Nasarawa State to come to our rescue, because we are tired of these incessant attacks. We have been living in peace over the years with this Koso community, but now they don’t want us to do our farming business in peace.

“I, Christopher Mallam have two large farmlands where I planted economic trees, but Koso people went ahead and destroyed everything there. At the moment, our case is at high court in Mararaba, but the attacks continue unabated.”

Giving the background of Gardi community, the village head, Chief Shehu Sarki said the community has existed for almost 200 years, and he is the fourth village head of the place.

“Before we were under Kaare, but sometimes in year 2000 we were grouped under Kube chiefdom. We have been living in peace with Koso and Kaare, but what came over them is what I don’t know. Koso people are even selling our farmlands.

“When compensation was given during the coming of Zimbabwe Farmers, we were denied; nobody received any money from Gardi. The chiefs of Koso and Kaare, we learnt, collected money, but didn’t give us anything.

“We are calling on government to know that the farmlands belong to us; we have boundaries with Koso and Kaare, but for them to claim our own land and refuse us going to our farms is a potential danger to us, because we have no other business than farming.”

From Gardi, NATION’S PRIDE went to Koso and had a deliberation with its village head, Alhaji Mohammed Dansoho who said that the farmlands in question does not belong to Gardi even though they allowed them (Gardi people) to be farming there over the years.

He said the matter has gone to courts both at Panda and Mararaba, Panda Police Station, Keffi Area Command of the Nigerian Police, but vowed never to give us. He said if the Gardi people need settlement that he can apportion some farms to them, but if they continue to go about it in that way then they are not interested in peace making.

“I know Gardi very well; people of Gardi are made up of those from Shinkafa and those from Katuga. They were received by our people at Koso and the people of Kaare.

“We were all farming together and living in peace until when the Zimbabwe Farmers came and stayed for about five years, they were farming and giving us our dues. After the going of Zimbabwe Farmers, we came back to work on the farms and the people of Gardi said they would not agree.

“Since the matter is in court, the court should call us if they want to make peace, anyone who is faulty should be punished and they would device a means for us to live in peace”, according to Koso village head.

A visit was made to the palace of the paramount ruler of Panda, His Royal Highness Joel Azinge, but his palace secretary Mr. Yusuf Abeh said the traditional ruler was taking his rest and would not be disposed to attend to people, adding with the fact that it was a market day and with the coronavirus pandemic.

Also, the traditional ruler of Kube chiefdom, His Royal Highness Christopher Jatau was said to have travelled to Lafia, the state capital and so could not give his own angle to the story.