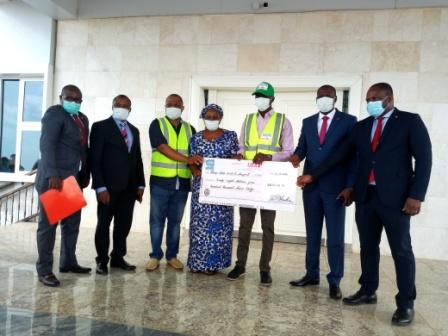 Ebonyi State government has appealed to traders to desist from   unnecessary hikes in prices of food and other essential goods in the State, taking undue advantage of the global pandemic to extort the people.

Governor David Umahi made the appeal during the third edition of the State wide broadcast held on Tuesday in Abakaliki.

Recall that prices of commodities have continued to rise artificially following government restrictive orders aimed at checking the mobility of the global pandemic, Corona Virus.

The development has continued to attract public outcry across the State in particular and the nation in general.

Governor Umahi, during the broadcast challenged the traders to desist from such unpatriotic act,  failure of which the government may be forced to wade in and enforce price control.

The governor who said he had no plans to completely close down markets in the State at the meantime, directed the deployment of all  Executive, Senior Technical and Technical Assistants to the markets across the State to ensure compliance to basic hygiene and safety rules.

While maintaining that the State was not economically buoyant to offer the expected quantum of palliative desired by the people, he directed the Accountant -General and the Council Chairmen to source overdraft from the Banks to pay workers April salary immediately to enable them stockpile essential commodities.

According to him, at least 2,000 households in each of the 171 wards would be profiled for a minimum of a bag of 5kg rice as soon as palliative packages are available while widows and other vulnerable groups would receive special attention.

Umahi noted that the State has not yet received any economic palliative from the Federal government. He however, confirmed the receipt of the sum of iN28.5 million  being its share of the N1 billion recently donated to States by the United Bank for Africa (UBA).

Governor Umahi who further confirmed that no case of the pandemic has been reported in the State, charged the Security Chiefs to be more proactive as they would be held responsible for any case of the disease in the State traceable to the compromises of their men and officers at the borders.

As the Chief Security Officer of the State, Umahi said he has given all Ebonyi citizens the power to apprehend any one flouting government directives or sneaking in and out of the State within this period of Coronavirus scare.  Meanwhile, Governor David Umahi, during the broadcast, asked the State House of Assembly  to make a law that would offer him the executive powers to enforce all  directives regarding the pandemic  and measures towards stemming it in the State.