Why Sanusi was relocated from Loko to Awe 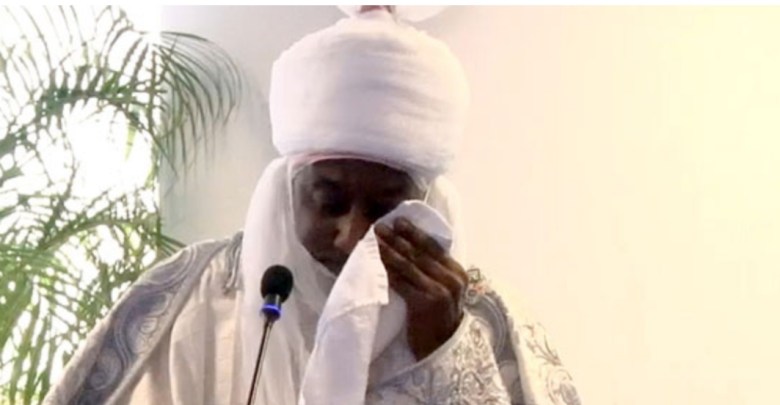 Reasons have been given on why the dethroned Emir of Kano, Alhaji Muhammad Sunusi II was relocated from his earlier deposed abode at Loko in Nasarawa Local Government to Awe.

Things identified include inadequate security in the area, lack of social amenities such as good road and electricity. According to observation, road linking Loko with Nasarawa town is in a serious bad shape as construction work has not gotten to the area.

A police chopper which conveyed the dethroned emir left government secondary School Loko around 1: 45 pm amidst tight security and departed for Awe.

The Emir of Loko His Royal Highness Abubakar Umar Sabo who confirmed this to NATION’S PRIDE urged traditional ruler across the country to always respect constituted authority in order not to end like the dethroned Emir of Kano.

The Emir of Loko who is also a first class paramount ruler said, “Here in Loko, we are hospitable people as such we received the dethroned Emir of Kano positively as it should be.

“In fact my people are not happy as regards relocating the said dethroned Emir to Awe. The authority concerned said they want to relocate him owing to the fact that we lack so many social amenities here. On this note we wish him well stay in Awe local government area of the state.”

“The executive arm of government has tenure of office while we the traditional institution don’t have. We are custodian of our respective people while executive arm remain supreme authority that we need to respect her laws and orders. We are answerable to them at all times and in a situation where any traditional ruler decided to disrespect orders of his principal he may be dethroned as the case may be”.

In an exclusive interview with a security personnel serving in the area who prefers anonymity, “Activities of hoodlums in the area was one of the major reasons for relocating Muhammad Sanusi II out from here. It will interest you to know that we the police officers serving here are less than a dozen which we are not comfortable. I want to use this opportunity to make an appeal for reinforcement by the authority concerned”.

Also an associate of the dethroned Emir who gave his name as Alhaji Sule Adamu described what happened to the former Emir of Kano as inhuman saying that nemesis will surely catch up with those behind the sagacity. Our correspondent also reports that the heavy security men attached to the dethroned Emir did not allow pressmen access to speak with him.