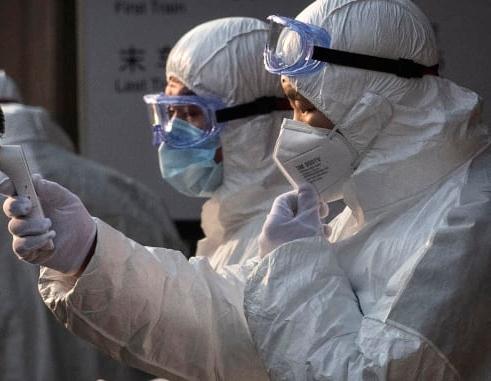 Kwara State Government on Tuesday said it has activated all relevant preventive measures to guide against outbreak of Corona Virus and Lassa Fever in the state, calling on residents to increase their personal hygiene and report any illness in the nearest health centre.

Health Commissioner Dr Raji Razaq told a news briefing in Ilorin, the state capital that the state has beefed up preparedness and capabilities since the first confirmation of the case in China and will use all the resources available to the state to ensure that COVID-19 is prevented in Kwara State.

Razaq said the state has adopted a multisectoral approach to prevent any outbreak of the disease comprising various ministries and agencies of the State and Federal Government, especially the Port Health Services and the Nigerian Immigration Services to ensure effective surveillance at all points of entry at the borders.

He appealed to people to report any suspicious cases and to up their own personal hygiene.

Razaq also debunked claims on social media that the state has recorded some cases of Lassa fever, clarifying that the cases so reported were in a neighbouring community in Benin Republic which shares borders with Kwara’s Baruten Local Government.

Underscoring the proactiveness of the state, the commissioner said Kwara has identified and is monitoring 16 persons suspected to have had some contacts with the four Beninoise who had come to work in the area but later tested positive to Lassa fever after they had returned to the Francophone country. One of the four persons later died in Benin Republic.

“The 16 persons (who are Nigerians) are currently asymptomatic (not showing any signs of illness) and we are following up on them. All Kwarans should be calm and take necessary precautionary measures to protect them and others by ensuring regular and thorough washing of the hands with soap and running water, regular use of alcohol-based hand sanitisers, staying at home if you feel unwell with symptoms like fever, cough and difficulty in breathing,” Razaq said.

Early on Tuesday, the commissioner for Education flagged off a statewide sensitisation campaign against COVID-2019 across the states.

“It is important that our students imbibe the culture of washing of hands properly with water, soap and sanitiser. We are getting the materials across all our schools,” Ahmed said at the flag off of the sensitisation programme held at the Sheikh Abdulsalam Junior Secondary School and United Secondary School, Taiwo Isale, Ilorin.

Ahmed explained that the government was being proactive against CODIV-19 ravaging the world, urging the students to ensure that they keep themselves and the environment safe at all times.

She said the government has procured gloves, sanitizers and other materials needed to guarantee hygiene and same are being distributed to schools across the sixteen local government areas.

“To avoid the spread of the disease, we have to prevent it and the only way to prevent it is to take the campaign to schools. We want our students to take personal hygiene very important,” Ahmed said.

The commissioner appealed to head teachers and principals in all schools to step up sanitation exercise and promote personal hygiene among the pupils and students to avert COVID-2019 and outbreak of other diseases.

The Principal, Sheikh Abdulsalam Junior Secondary School, Hajia Zuwerat Aluko, assured the commissioner that the materials would be put to proper use and encourage the students to adhere strictly to the instruction of constant hand washing before entering their classrooms.