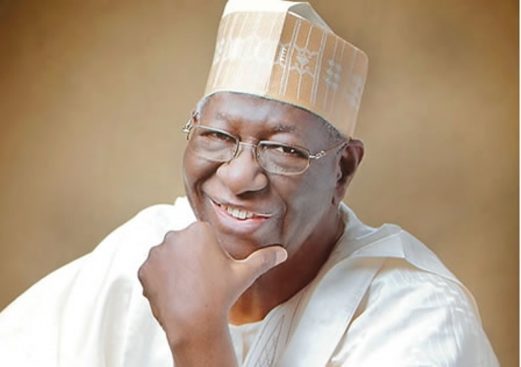 It said only five persons were charged and that Anenih’s name only appeared to enable the commission present the facts.

They were said to have laundered N700 million, an offence that violates Section 18(a) of the Money Laundering (Prohibition) Act 2011, as amended, which is punishable under Section 15(3) of the same Act.

The EFCC alleged that the defendants were arraigned for receiving N700 million, prior to the 2015 general elections, from a former Minister of Petroleum, Mrs Diezani Alison-Madueke.

Counsel to the EFCC, Aso Larry, spoke yesterday in Benin, the Edo State capital, while adopting his written address on a motion filed by the defendants that the charges against them were no longer competent since Chief Anenih is dead.

He said it was not the defendants that should state the way and manner they should be charged.

The lawyer said it was not possible to amend the charges because Chief Anenih is now dead.

“We have a right to fair hearing. The proof of evidence is before your lordship. Chief Anenih is not charged. His name appearing does not affect them taking their plea. Our duty is to present the fact the way it is.

“The defendants, in their statements, featured the name of Anenih. We do not intend to charge Anenih,” Larry said.

Counsel to the defendants in adopting their written addresses had urged the court to dismiss the EFCC’s reply based on incompetence.

Kingsley Obamogie, Counsel to the first defendant, said there was no reply from the EFCC as it was not signed.

He said it was the height of incongruity for a Counsel to affix his stamp and another Counsel will sign it.

Obamogie urged the court to strike out the charge because the EFCC filed its reply out of time.

Counsel to the 4th defendant, Ferdinand Orbih, urged the court to strike out the charge for gross incompetence.

Orbih said there was no dispute to the fact that Chief Anenih was dead.

He said the prosecution ought to have amended the charge to remove all irrelevant contents.

Orbih said the court was not set up to deal with frivolities.

Presiding judge, Justice Mohammed Umar, fixed March 26, 2020 for ruling on whether or not the trial will continue.