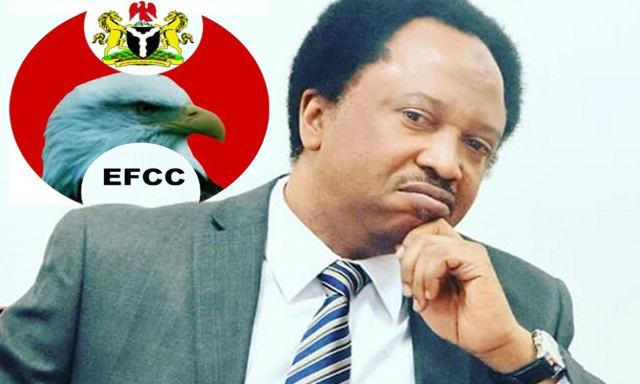 The EFCC is prosecuting Senator Sani on a two-count criminal charge, bordering on intent to defraud and obtain the sum of USD 10,000.00 from one Alhaji Sani Dauda, (ASD) under the false pretence, that the money was meant to bribe the Acting Chairman of the EFCC, Ibrahim Magu, to arrest and prosecute one Abubakar Musa. Tony Orilade, Acting Head, Media & Publicity made this known on February 25, 2020 in a press release.

Ojo, who is the first prosecution witness (PW1), told the court that he personally generated the statement of the beneficiary’s account and forwarded it to the EFCC. He further explained that the name of the beneficiary from the covering letter who received the sum of N3.5 million from Sani Dauda is Shareef Zailani Shanono.

According to him, the GTB cheque issued by Dauda was an instruction to transfer the sum of N3.5 million to Shareef Zailani Shanono.

In the same vein, second prosecution witness (PW2), Muka revealed that there was a transfer of N5million, on November 20, 2019, which was carried out from the account of Dauda to one Abubakar Ahmed, adding that there was another N3million that was transferred to Shareef Shanono.

She further told the court that on January 23, 2020, she packaged the account opening documents, a cover memo and other documents and sent to the EFCC as the Commission requested.

Justice Ekwo adjourned the matter till tomorrow, February 26, 2020 for continuation of trial.