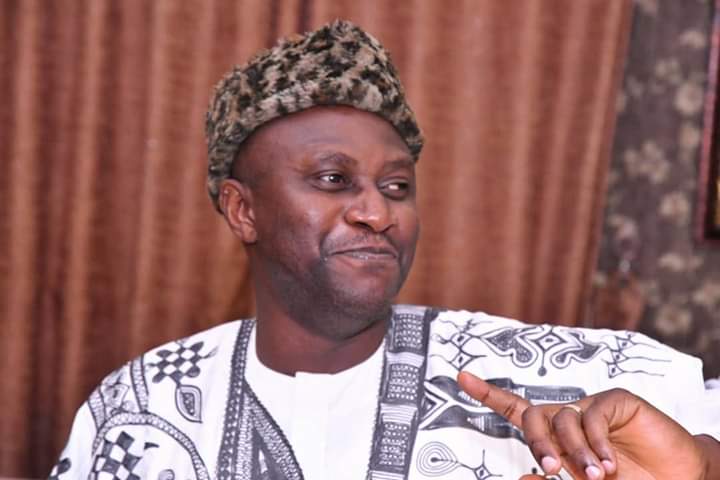 Dr. K’tso Dele Nghargbu is a lecturer at the Nasarawa State University Keffi and former senatorial candidate of the All Progressive Grand Alliance (APGA) for Nasarawa West. He recently dumped his political party despite his alliance with Labaran Maku – the governorship candidate of the party. In this interview with DAVID DARI, he spoke on his reason for joining the ruling party. Except:

Some political stakeholders in your Local Government Area and Nasarawa State were shocked as regards your defection from APGA to APC. What is your take on this?

The quest to serve Nigeria is the only motivation towards the said issue. I will continue to remain my drive in politics as I keep saying that Nigeria deserve a better deal, and to make it happen, one need opportunities to prove such and where opportunity is calling you, don’t say no. The focus for every politician should be his society.

So everybody who is aspiring to contribute his or her quota to national development must have the largeness of heart to be able to go beyond platforms, head straight to society and make the necessary contributions. Probably that is the big surprised. We have not quarreled with anybody. In fact I have gone round to informed those who are strong allies of mine in politics; be them in PDP, APC or APGA, that I have a new drive and there is a need for a new chapter in Nasarawa State, which is collectivism for the betterment of our state and Nigerian as a whole.

Before you became the senatorial candidate for Nasarawa West zone under the platform of APGA during the last general elections, you slogged it out with other aspirants of PDP during the primary election for the said office and lost out, though you said you were rigged out and decided to dump PDP for APGA. Now you have defected again within one year. Don’t you think people will describe you as unstable politician?

The word swift exist in English and it has a meaning as well as a time for it application. When the clock is ticking quickly you also move quickly. Like I do say, we have gallant officers giving their lives for this country, an officer will be moved to Maiduguri today and tomorrow he’s no more and people may say he has a short carrier. That is not the focus for such a falling hero, rather it was the desire to be there for his country that matters.

So, he has quick succession that are underlining reasons for why such. We were in PDP for over 19 years and when we were informed face-to-face that we are not worth having ticket, there we decided to seek it elsewhere and we got it, while there it is a journey and we are moving on. The journey progressed, but to take a step forward is just what happened. If some people feel it has happened so sudden, I am sorry about the speed of events, but sometimes they are necessary. A stitch in time saves nine.

Before your defection, there was rumour that one of your senior political mentors from APGA, Mr Labaran Maku directed you to go and prepare ground for his defection too. How true it is?

I can’t comment on that. We have not discussed with him on such. New political party has not emerged yet, but you know he is man that stands higher on a political pedigree than myself. So I wouldn’t know what is doing at that level, but as far as my movement to APC is concerned he did not assigned me. That is the truth. It is a decision based on opportunities for service to the country that has steered me on the face. His Excellency Labaran Maku has no hand as regards my defection.

I asked you the above question owing to the fact that of recent he was allegedly seen romancing with the likes of APC national leader Bola Tinubu, Alhaji Atiku Abubakar and others, though Maku had debunked the said issue. But your body language now is making people to think otherwise. What is your take on this?

People can believe what they want to believe and are entitled to hold opinions and perspectives to issues, but I’m not privy to such a meeting. Of course his Excellency Labaran Maku is a strong allies of the APC national leader Bola Tinubu, because they did NADECO together, they struggled for the return of democracy in 1999, they know each other, they slept in the same room in the past and they understand the politics of each other as well as with Alhaji Atiku Abubakar of course.

Atiku has had a steen with the APC and PDP now for the second term. As a national leader interacting with personalities from different political parties is allowed. They will keep meeting because it is normal for leaders to brainstorm when things are not going well within the country. So probably with the goal of profiling solutions, but the political dimension to any such meeting which I am not privy to, so I will not be able to make comment on that.

Some factions attributed it as a result of your constant romance with Kogi State deputy governor, Edward Onoja?

It is not a lie. I will say to a large extent my conviction to work with APC in my state and in the country at large started from Kogi State, where I was given the trust to participate in the electioneering campaign of Governor Yahaya Bello and his deputy Chief Edward Onoja. Edward Onoja was my classmate, a Geologist and has remained a friend right from university days. When it was turned for their election I decided to lend my goodwill, giving the fact that my wife also shares the Kogi State identity.

So I was in there for Chief Edward Onoja, Governor Yahaya Bello and for my in-laws. That is the truth of the matter. Kogi State opening up to me has facilitated my further entering into APC family in Nasarawa State and in Nigeria as a whole.

What blueprint or strategy would you want to bring in order to enhance more progress of APC in Nasarawa State?

While I am privileged to become a global player in many science forums, I have been to 54 countries of the world. I have met with very good minds with respect to science and development. My goal in joining the APC is to lay intellect and my little exposure in life to spray towards the betterment of service delivery to the people of Nasarawa State.

Of course I will be sending in blueprints and suggestions to the party and the government on issues bothering on education, peace and security as well as mining which is my main professional calling. These are key areas I know I have something to accord my state and my people.

So it depends on the level of the openings, and I know they will open because the interaction that I recently had with the Minister of State, Science and Technology, Barrister Mohammad Hassan Abdullahi was truthful that I will be of impact to the party.

When do you intend to make a formally declaration as regards joining APC?

I will definitely declare in the next few days from now and the whole world will know about the political baptism.