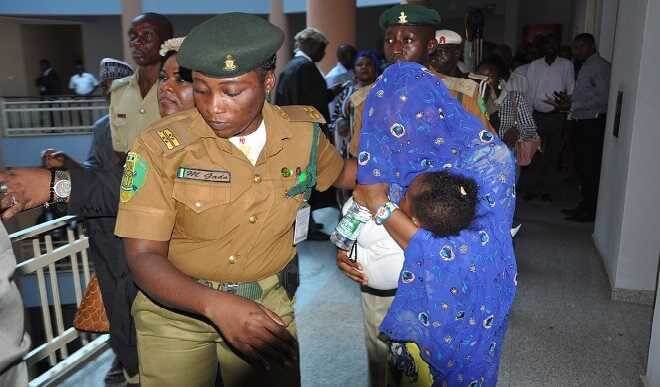 The alleged husband killer, Maryam Sanda has been found guilty by a Federal Capital Territory (FCT) high court on Monday, January 26, in controversies surrounding the death of her husband, Bilyamin Mohammed Bello.

Sanda stood trial on a two-count charge of culpable homicide. She is to die by hanging.

Bilyamin was a nephew of a former national chairman of the Peoples Democratic Party (PDP), Haliru Mohammed Bello, and was killed in November, 2017.

The accused person however, attempted fleeing after the judgement was passed but court and prison officials dragged her back into the dock.

Early in April 2019, Sanda was granted bail by Judge Yusuf Halilu based on medical reports which indicated she was pregnant and ill, but held that she has criminal case to answer.

The court, in a ruling that was delivered by trial Justice Yusuf Halilu, dismissed a no-case-submission the alleged ‘killer-wife’ made against a two-count culpable homicide charge the Nigerian Police Force entered against her.

In the charge marked CR/15/17 which Police filed pursuant to section 109(d) of the Administration of Criminal Justice Act, 2015, Maryam was accused of stabbing her husband to death with a broken bottle on November 19 at their Abuja residence.