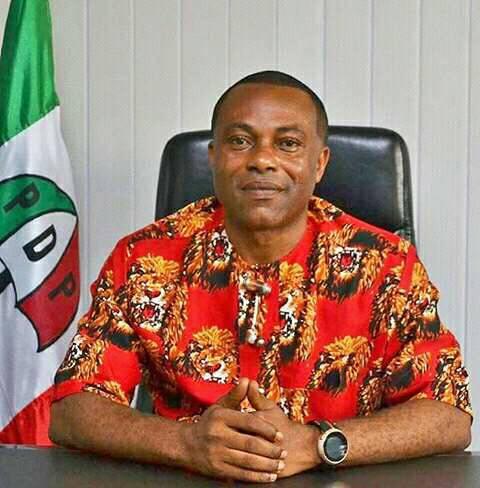 Barely three weekends that former Imo State governor, Emeka Ihedioha of the Peoples Democratic Party, PDP, was ousted from office by the Supreme Court of Nigeria, his party has continued to suffer losses in the state.

Now, the state chairman of the PDP, Charles Ezekwem, has tendered his resignation letter on Monday in Owerri saying he too has abandoned the party.

He said this was based on the approval of his supporters and the prevailing circumstances facing his party.

However, an investigative report noted that Ezekwem’s resignation was to avoid a plot by a clique in PDP who are planning for his suspension ahead of this year’s party congress.

Another story was that Ezekwem has not been a supporter of Emeka Ihedioha, even before the 2019 governorship primaries of the party.

Ezekwem has not officially announced his move to another political party, but has been speculated to be heading to the All Progressives Congress, APC.

Until his resignation, he was also the Board chairman of Heartland Football club Owerri.