How former SGF Lawal awarded contract to companies linked to him 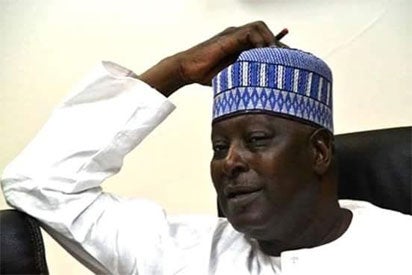 The trial of former Secretary to the Government of the Federation (SGF), Babachir Lawal and five others before Justice Jude Okeke of Federal Capital Territory High Court, Maitama continued with the examination in-chief of the fourth witness, Aminu Ahmed, a principal procurement officer in the office of the SGF who told the court that Josmon Technologies and Rholavision, which are linked to the former SGF bid and were awarded contracts by the first defendant.

The two companies, the witness said were among 108 companies in 2016 that bid for projects in the office of the SGF, Acting Head, Media & Publicity, Tony Orilade stated this in a press release on January 23.

Babachir Lawal and his younger brother, Hamidu David Lawal, Suleiman Abubakar, Apeh John alongside Rholavision Engineering and Josmon Technologies are facing prosecution by the Economic and Financial Crimes Commission on an amended 10-count charge, bordering on fraud, diversion of funds and criminal conspiracy to the tune of over N500 million (Five Hundred Million Naira).

One of the charges reads: “That you, Engineer Babachir David Lawal while being the Secretary to the Government of the Federation (SGF) and a director of Rholavision Engineering Ltd on or about the 22nd August, 2016 at Abuja in the Abuja Judicial Division of the High Court of the Federal Capital Territory did knowingly hold indirect private interest in the contract awarded to Josmon Technological Ltd but executed by Rholavision Engineering Ltd for the removal of invasive plant species and simplified irrigation to the tune of N258,132,735.99 by the Office of the Secretary to the Government of the Federation (OSGF) through the Presidential Initiative for North East (PINE) and thereby committed an offence punishable under Section 12 of the Corrupt Practices and Other Related Offences Act, 2000.”

Ahmed highlighted the steps taken before the contract was granted, adding that the companies submitted proposal and that a technical evaluation committee was constituted which was made up of six members with the Head of Administration, Dahiru Mohammed, who was a representative from account section and procurement.

He said: “The committee invited the contractors to witness the opening of the bids and thereafter the committee evaluated the bid submitted and we wrote a report which was sent to the secretary of Presidential Initiative for North East PINE, Mr Musa Gulani who then forwarded the report and bid to the Tenders Board for approval.

“There were requirements for bid application, which they must satisfy and be evaluated which included current tax clearance, certificate of incorporation, PENCOM, ITF and BPP and sent to ministerial Tenders Board.”

Ahmed further added that the report was sent to Bureau for Public Procurement, BPP, and a reply of no-objection was received and that it was the committee that sent the report to Ministerial Tenders Board before it was sent to SGF for approval.

Prosecution counsel, Offem Uket applied for an adjournment to allow him produce some documents to the court and with the agreement of the defence counsel, the trial was adjourned until March 10, 2020.