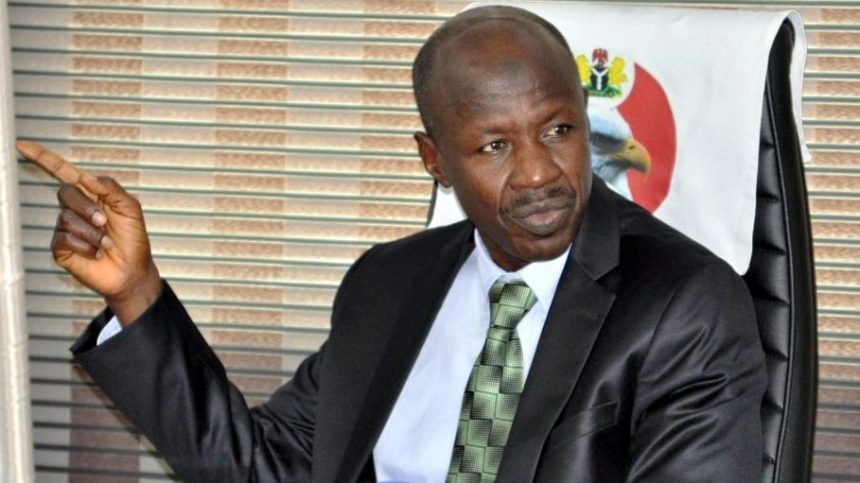 The Economic and Financial Crimes Commission, EFCC, and MacArthur Foundation have pledged to further their collaboration and strengthen their existing partnership.

This was the high point of the discussions when the president of the Foundation, John Palfrey, led his team on a courtesy visit to the Commission’s Headquarters on Thursday, January 23, 2020.

While welcoming the delegation,  Magu thanked the Foundation for its continued partnership and collaboration with the Commission in the fight against corruption.

On his part, the Secretary to the Commission, Olanipekun Olukoyede thanked the Foundation for the role it played in last year’s World Anti-Corruption Day, organized by the Commission and explained that the EFCC was ready to partner with other global agencies in the fight against corruption.

He informed the team that the Commission recorded 1,200 convictions in 2019, a feat he partly attributed to President Muhammadu Buhari’s political will to tackle corruption in the country.

In his remarks, John Palfrey commended the Commission’s determination to battle corruption in the country, and explained that his team was in the country to support and drive accountability and transparency and to make sure that looters of the Nigeria’s treasury were brought to justice.

He applauded Magu’s courage in the anti-corruption fight and disclosed that the MacArthur Foundation team was glad to have  partnered with the Commission. “We express our gratitude for the many years of partnership,” Palfrey stated.