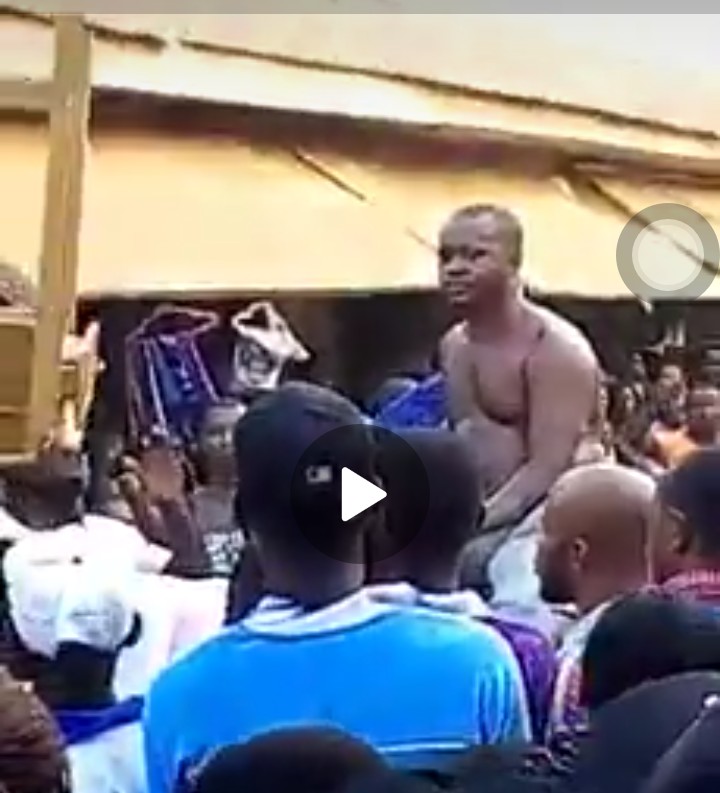 A middle aged man simply identified as Ezemmuo was on Tuesday sent packing from Ngwogwo community in Ishiagu, Ivo local government areas of Ebonyi State by the people over alleged practice of witchcraft.

The man who was learnt to have come from Abia State had lived and did his cloths selling business in the area for several years.

The villagers alleged that Ezemmuo was on the fateful Tuesday caught performing incantations at the entrance gate of a Chinese mining company located close to a popular junction connecting Ebonyi and Enugu states from Ishiagu axis.

A member of the state vigilance group, Neighborhood Watch, Mr. Aja Mgbo, who is from the area and actively witnessed the  incident confirmed to our correspondent that the suspect was caught red-handed indulging in the act.

He also confirmed that the culprit confessed to have been in the business of witchcrafts for years causing several havoc in the area.

According to Mgbo, witchcraft and killing of people is regarded in their community as taboo and abominable which was why they unanimously took quick and drastic action against the suspect.

Mgbo narrated: “We caught the man doing incantation in our junction, the one that connects us to Enugu state.

“He was doing the incantation near a new Chinese company there.

“It was even the people inside the company that first saw him and drew the attention of the villagers.

“After searching him, we saw some fetish items such as local chalk {nzu}, flat stone,etc.

“When the youths started beating him, he confessed to have been indulging in witchcrafts.

“He said he had, through the weird act conjured many people into accidents.

“He also confessed he employs the act to make those he buy  goods from forget asking him for money, among other atrocities.

Surprisingly, nobody knew he was into such evil magical acts. He sells clothes at our major Market, Eke and has lived here for a long time that we took him as one of us.

“He has been living  in a rented apartment at Ngwongwo village, which is my village, and I don’t think he is married, because he is not living with any woman.

“Our people expelled him, because we don’t need such people.

“We packed his belongings in a car and tricycle and sent him away, banishing him from our community.

When contacted, the Police Public Relation Officer in the State Loveth Odah, DSP, said the Police was unaware of the incident. She however promised to connect with the DPO in Ishiagu Police divisions for possible information on the matter.

Meanwhile, when asked, Mgbo confirmed that they never bothered to call the Police.