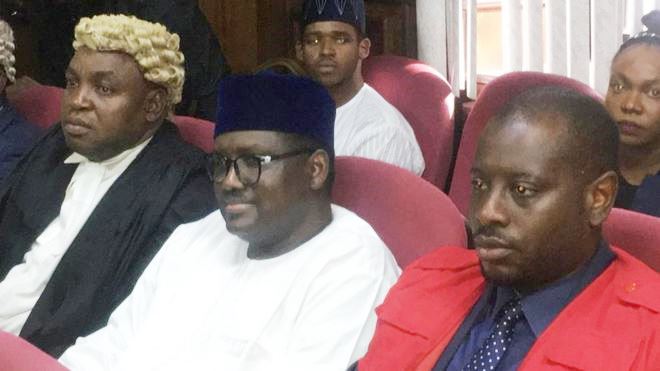 The trial of Abdulrasheed Maina, former Chairman, Pension Reform Task Team, continued on Tuesday, January 14, 2020 with Justice Okon Abang of the Federal High Court Abuja, deferring ruling on the application for the variation of his bail conditions to January 23.

This was made known in a press statement made available by acting Head, Media and Publicity, Tony Orilade, on Tuesday, January 14.

Maina is being prosecuted by the Economic and Financial Crimes Commission, EFCC on a 12-count charge, bordering on operating fictitious bank accounts, fraud and money laundering to the tune of over N2 billion, alongside his son, Faisal, who is facing  a three-count charge of  money laundering, corruption and lack of full disclosure of assets.

Though he was granted bail on November 25, 2019, Maina has remained in Kuje Correctional Centre, Abuja due to his failure to meet up with his bail conditions.

The prosecution counsel further absolved the EFCC of being in possession of the defendant’s Nigerian international passport and that of the United State of America as has been alleged by the defence.

While reserving ruling on the application on January 23, 2020, Justice Abang noted that ruling in respect of Maina’s bail variation was urgent and should be treated as such.