Malaria: Closing the gap between LLIN ownership and usage in Ebonyi 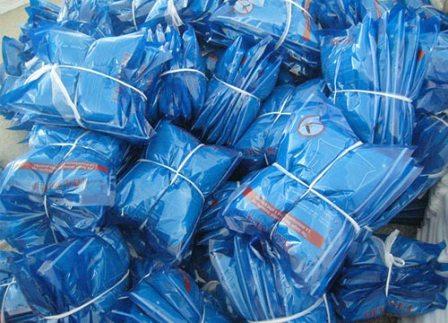 The 2016 to 2030 Global Strategy for Malaria, targets a 90% reduction in the incidence and mortality rates of malaria.

It also prioritizes the elimination of malaria in 35 of its endemic countries, including Nigeria, by 2030.

According to a global Malaria Situation report published in 2017 by Health Think Team in partnership with the Nigeria Demographic Health Survey (NDHS) and the World Health Organisation, Nigeria in 2015, contributed about 29% of the malaria cases and 26% of the malaria deaths worldwide.

The above report, by implication, points to the need for concerted effort by all and sundries to engineer greater success in the fight against malaria and its resultant undesirable outcomes.

Meanwhile, since 2014 when the National Malaria Strategic Plan was launched in Nigeria, there has been steady progress in reduction of malaria prevalence in the Country.

The untiring efforts of the Federal and State Ministries of Heath, the National Malaria Elimination Programme with the foreign partners such as the United States Agency for International Development (USAID), WHO, UNICEF, among others, have gone a long way to drastically reduce prevalence in most focus States.

A review of malaria surveys revealed that there has been a decrease in the prevalence of malaria among children in Nigeria since 2010, from 42% to 23%.

In the current situation in Nigeria generally, Insecticidal Net Ownership by household is put at 61 percent, while perception regarding malaria products effectiveness is as high as 82 to 96 percent.

In Ebonyi as one of the focal States in Nigeria, tremendous landmarks have been achieved in the recent years. According to NDHS 2018, malaria prevalence in children, for instance, has been brought as low as between 23 to 32 percent while Insecticide Treated Net Ownership is put as high as 71 to 84 percent.

Permanent Secretary in the State Ministry of Health, Dr. Chris Achi, in an exclusive, said Ebonyi State is unrelenting in achieving zero Malaria prevalence before 2030.

He noted that the 2019 Long Lasting Insecticidal Nets distribution in the State was a huge success.

Putting the success rate at between 95 to 98 percent, one of the highest in the country, Achi emphasized that Net use remains the best malaria preventive behaviour, adding that the Ministry took far reaching strategies to ensure that all households in the State received adequate supply.

He however acknowledged some challenges during the exercise and the strategy adopted by the Ministry to overcome.
Achi explained: Actually, the Net distribution was successful because it was hitch-free.

“We didn’t record any hitches throughout the period, right from the micro plan up to the distribution stage and to the post-distribution.
“In fact, I can say that the success rate was more than 95 percent.

“We first of all did a micro plan based on the number of households we had in the State, and from the micro plan and the quantity of nets we had which totalled 1.7 million we projected the distribution statistics.

“However, during the actual distribution of the cards, we discovered that for one reason or the other, some areas or districts were not reached by the distributors.

“Some were given more than they were expected to get from the micro plan depending probably, on the relationship between the distribution officer and the household.

“So, after the distribution, we discovered that we exhausted the net cards while some households didn’t get.

“But the only thing we did was that during the distribution of the nets proper, we went back to the micro plan, such that if you are from the household that was supposed to have 2 nets, for instance, and you came with 4 net cards, we will retrieve 2, thus making sure that those who did not get would have opportunity of getting the nets.

“With that we were able to retrieve excess net cards from most households.

“We equally announced then that those who eventually did not get should register their names and phone numbers in their nearest distribution points so that they would be captured during our routine distribution commencing soon.”

The bureaucrat decried the situation where some households received excess nets than was due to them identifying the development as one of the major reasons for misapplication of the nets.

He assured citizens who did not get during the exercise, especially Pregnant women that they were reserved nets to cater for them.
He said: “From our experiences, we discovered that when people get excess nets, they use it to fence their farms and for fishing in riverine areas and as you know those nets cost both the government and our partner agencies huge money.

“So we still have some left over nets to take care of those who didn’t get, and our position is that any pregnant woman who came for Anti natal care and who doesn’t have should be able to receive at least one net.
And we encourage everybody, especially pregnant women, new born and children under 5 which are the primary targets to sleep inside Long lasting Insecticidal Nets as the surest prevention for malaria.”

Corroborating the Permanent Secretary, the State Director of Public Health, Dr. Mike Urom, attributed the successes in the fight against malaria in the State to uncompromising synergy between the government, the State health Ministry and their partners, adding that Governor Umahi, through the Commissioner, Dr. Daniel Umezurike has created a robust Malaria Unit in the Ministry.

Both experts however, agreed that the distribution of the LLIN does not match it’s usage prevalence in the State. They acknowledged that illiteracy, superstitions, complaints of inconveniences from the Nets such as heat; ignorance on how to set up the nets, among others have been identified as inhibitions.

They reeled out efforts by the State towards promoting net usage to include surveillance, community engagement, mobilization among others, expressing optimism that the combined efforts of the Ministry, its partners and agencies and of course, the media would help eliminate all barriers.

Urom emphasized: “The distribution of the nets is one issue while it’s usage in another.

“In the State Ministry of health, we have robust malaria unit.
“Right now, we have this NGO, Breakthrough Action, Nigeria, supporting us in the campaign on the usage of the nets.

“Also in the Ministry, we have this technical working group where we meet and as we are rolling out our malaria programme, we also use the opportunity to advocate for the use of those nets, especially for children under 5 and pregnant women.

“The Governor is also partner-friendly in that those coming to help us in what we are doing in the State were always welcome.

“The State ministry of health is also very collaborative.

“We are also involving communities; we are involving everybody.
“That is why we are recording such successes.

“We have also intensified surveillance, especially in the rural communities to ensure that the nets are effectively put to use in our bid to increase prevalence.”

On complaints of heat emanating from the use of the Nets, the experts advised that that people put enough ventilation in their houses as well as observe the Net pre-use directives.

“The nets are very good and has no side effects for both new born babies, infants and adults.

“We advise people to spread it outside for 24 hours after opening before commencement of usage.

“It is important that people put adequate ventillation in their houses; the net does not cause heat by itself” Achi summed.